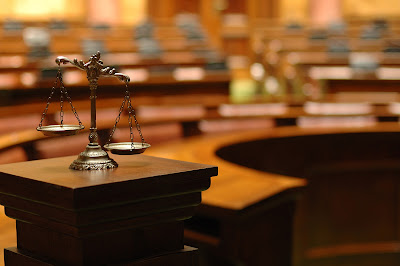 A bureau de change operator and the third prosecution witness, Adedeji Adelabu, has told Justice Okon Abang of the Federal High Court, Abuja, how Mohammed Dangana, an official of the Economic Community of West African States, instructed him to exchange and transfer millions of naira and foreign currencies to his personal accounts.

The Economic and Financial Crimes Commission is prosecuting Dangana for criminal diversion of funds, misappropriation and money laundering to the tune of over N500m.


At the resumed trial on Thursday, Adelabu while being led in evidence by the prosecution counsel, Mr Wahab Shittu, stated that one Mr Abubakar and Alhaji Oruma introduced Dangana to him, adding that he carried out two business transactions for the defendant between May and June 2016.

This was contained in a statement by the EFCC spokesman, Wilson Uwujaren.

The defence counsel, J. Uchechukwu, cross-examined the witness after which the prosecution counsel sought the admission of the tendered documents.

The defence team, however, objected to the admission of the documents.

Abang adjourned the matter till December 16, 2019, for continuation of the cross-examination.