Why I cannot go back to Don Jazzy- Reekado Banks 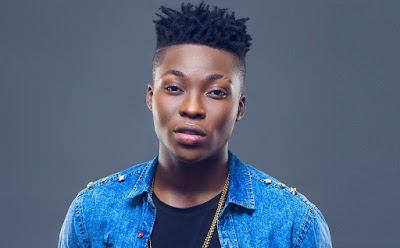 Ayoleyi Hanniel Solomon, Nigerian singer better known as Reekado Banks, has said he cannot go back to Don Jazzy because he needs to move forward.

The talented songwriter made this known during a conversation with a fan who teased him about going back to Don Jazzy.

Replying the fan, Banks said:”If that is how we keep going back, we will never go forward”.

Recall that Reekado sacked his elder brother, as his manager earlier this year.


On why he sacked his brother, the ‘Rora’ singer said: ““It was just next level dealings, I wanted to get somewhere else, the vision became a lot farther, like I saw farther than I used to see and I just needed somebody that’ll see as much, most especially someone that’s been there with other people (artists) but me and my brother are cool,” he said.

When asked if Temi, who has managed him since the beginning of his career, is still a part of his team in any capacity, he answered in the negative, saying that not at the moment.

His record deal with Mavin Records came as a result of his brother submitting some of his songs to the label in an online talent search.