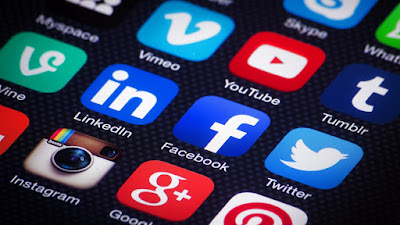 A Bill that prescribes a three-year jail term or fine of N10million for Social media offenders on Wednesday scaled second reading in Senate.

The controversial Bill titled: “A Bill for an Act to make provisions for the protection from internet falsehood and manipulations and for related matters, 2019,” was sponsored by Senator Mohammed Sani Musa, representing Niger East.


In his lead debate, Senator Musa said it has become imperative to curb the excesses of those using social media to cause disaffection and assassination of character through fake news.

Musa said that the Bill is not an attempt to stifle free speech but rather an opportunity to address the growing threats which if left unchecked, can cause serious damage in the country polity and equally disrupt peaceful co-existence.

He noted that while the internet has democratised information, “the fact remains that it has also been a weapon in the process which is why governments across the world are trying to mitigate the risks associated with information transmission via the internet by monitoring abuse and deliberate misconducts.”

According to him, one of the disadvantages of the internet is the spread of falsehood and manipulation of unsuspecting users.

Musa said: “Today, motivated by geopolitical interests and identity politics, state and non- state actors use the internet to discredit government, misinform people and turn one group against the other.

“The hoax about the demise of President Muhammadu Buhari in London and his purported replacement by one Jibril of Sudan, among others, are things that threaten the peace, security and harmony of our people.

According to the Niger East Senator, the Bill has 36 clauses and provided for the prevention of hawkers of falsehoods and manipulated contents using the internet.

He said that the penalty for defaulters goes up to N300,000 for individuals and up to N10million for corporate organisations and imprisonment of up to three years or both.

The Bill, he said, also contained guidelines for internet intermediaries and providers of mass media services as well as sanctions for offenders.

Nnamani said: “I not only oppose this bill, I condemn it in its entirety. Based on our Constitution, there is Freedom of Information and Freedom of Speech. There is a Cyber Crimes Act that deals with this issue. There are also laws that deal with false information, libel, slander and so on.

“Yes, fake news has done a lot in America and other countries, but they have not brought any law to deal with it. I therefore strongly oppose this bill.”

Then they came for the Jews, and I did not speak out because I was not a Jew.

Then they came for me and there was no one left to speak for me.”

When the Bill was put to voice vote by Senate President Ahmad Lawan, Senators approved it for second reading.

Lawan referred the Bill to the Senate Committee on Judiciary, Human Rights and Legal Matters for further legislative work.