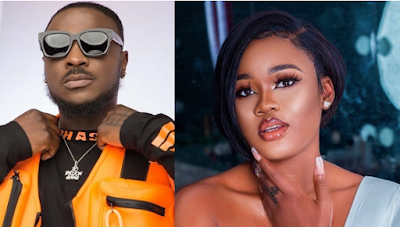 After weeks of speculation and fan theories, Nigerian Singer and DMW Signee, Peruzzi has seemingly confirmed he is in a romantic relationship with reality star, Cee-c.

Recall Cee-c was used as a vixen in Peruzzi’s ‘majesty’ video and ever since, fans noted the chemistry between pair and it was assumed they were having a secret relationship.


”Forever covered”
”Peace of mind”
”Battery recharged, back to work”