8:43 AM CuteNaija 0 Latest News in Nigeria 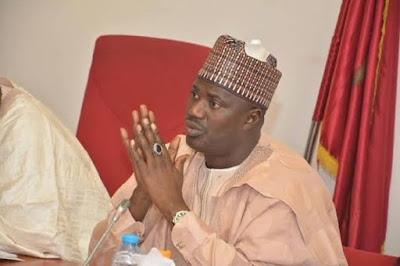 The sponsor of the controversial Hate Speech Bill, Senator Sabi Abdullahi, on Sunday bowed to pressure from Nigerians as he declared that he would remove death penalty as the maximum punishment for offenders in the proposed legislation.

Abdullahi, who is the Deputy Chief Whip of the Senate, in a statement in Abuja, explained that the death (by hanging) penalty proposed for anyone found culpable of hate speech which leads to the death of another, would be amended by the Senate when the bill would be debated by the National Assembly members.


The former spokesperson for the Senate said the bill would undergo some fine-tuning to ensure that the clauses contained in its provisions to be passed into law, reflect the views of Nigerians.

Abdullahi, who insisted that hate speech had led to the death of many people, argued that the concept remained a major factor behind depression and suicide in the country.

He said, “We have followed closely arguments for and against the hate speech bill, and seen the reason why some kicked against it. Given the high respect which we have for Nigerians, we will make amendment to the death penalty aspect that most Nigerians objected to, so that a bill that meets their expectations is passed into law.

“Clearly, from the conversations, Nigerians agree that we have a problem today as a result of hate speech which has fuelled so many killings and violence, and is responsible for cases of depression and suicide.”

Quoting a World Health Organisation report, Abdullahi said Nigeria rated the seventh-largest country in the world, “has Africa’s highest rate of depression and ranks fifth in the world frequency of suicide.”

The senator, who is representing Niger North Senatorial District, explained that the Independent National Commission for the Prohibition of Hate Speech to be established would guard against every act of discrimination against Nigerians by way of victimisation.

The proposed commission, according to him, will have an executive chairperson, a secretary and 12 commissioners appointed through a rigorous process involving the National Council of State, the President and Commander-in-Chief of the Armed Forces of the Federal Republic of Nigeria and the National Assembly.

“Any person, who is a member of any political party or known to be affiliated with partisan politics, or has promoted sectional, ethnic, religious causes or openly advocated partisan ethnic positions or interests, stands disqualified from being appointed to serve on the commission.”