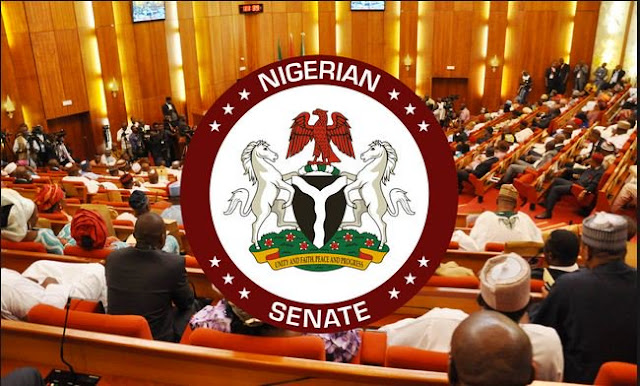 The Senate has exempted issues of sexual abuse that could arise in worship centres from its sexual harassment bill.

It also refused to extend the powers of the bill to offenders in primary and secondary schools.

The upper chamber, however, proposes up to a 14-year jail term, without an option of fine, for any academic who commits sexual offences in tertiary institutions.

The sexual harassment bill which scaled second reading on the floor of the Senate was sponsored by the Deputy Senate President, Ovie Omo-Agege

The proposed legislation is titled “A Bill for an Act to Prevent, Prohibit and Redress Sexual Harassment of Students in Tertiary Educational Institutions and for other matters connected therewith 2019.”


Justifying reasons for not proposing punishments against perpetrators in worship centres, Omo -Agege said their cases had been taken care of in extant laws.

He said, “Some advocates have suggested the extension of this Bill to cover primary and secondary schools.

“My passion says ‘yes’ but I know that strict penal liability already attaches to sexual harassment of minors in primary and secondary schools in extant laws.

“I must subject my passion to the law. It is equally not necessary to extend this Bill to cover similar fiduciary relationships.

“It (the bill) does not cover sexual harassment between priest-congregant, employer-employee, father-daughter, and warder-prisoner.

“This is because the Criminal and Penal Codes already adequately deals with these categories with sufficient clarity.”

The bill defines sexual offences as including sexual intercourse with a student or demands for sex from a student or a prospective student.

It also explained it to mean intimidating or creating a hostile or offensive environment for the student by soliciting for sex or making sexual advances.

Other forms of sexual harassment identified in the bill are grabbing, hugging, kissing, rubbing, stroking, touching, pinching the breasts or hair or lips or hips or buttocks.

It also included touching any other sensual parts of the body of a student.

The bill also prohibits sending by hand or courier or electronic or any other means naked or sexually explicit pictures or videos or sex-related objects to a student.

It also described as an offence, whistling or winking at a student or screaming, exclaiming, joking or making sexually complimentary or uncomplimentary remarks about a student’s physique or stalking a student.

Senator Omo-Agege, in his lead debate, said, “The most effective way to deal with the offence of sexual harassment in our tertiary institutions is to penalise the very impropriety of the act, with or without consent.”