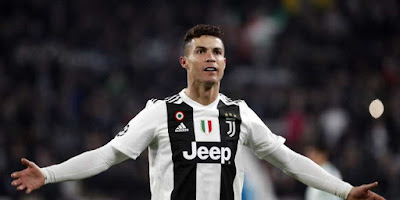 Juventus forward Cristiano Ronaldo grabbed more headlines for his reaction to Maurizio Sarri’s decision to replace him within ten minutes of the start of the second half against AC Milan at the weekend.

The Italian brought on Paulo Dybala, who went on to score the winning goal, but his departing number seven may find himself in further hot water

Last week, the five-time Ballon d’Or winner was substituted during Juve’s Champions League match against Lokomotiv Moscow with the score still level at 1-1. The Old Lady went on to win 2-1.

And it was a similar story against Milan.


Former Italian footballer, Antonio Cassano, spoke on the Italian television show Tiki-Taka, reflecting back on his time as a player at Roma. He left the Olympic Stadium early during a derby against Lazio and was forced back. He likened it to the weekend’s case with the Portuguese star who also left before the end of the game.

“Did he leave before the end of the game?” Cassano asked. “You can’t do that because there is an anti-doping control.

“I had to go back to the stadium urgently to avoid a two-year ban,” he explained.

Cristiano left the pitch against Milan and headed straight for the changing room rather than the bench, as is customary. Minutes later he departed the Juventus Stadium.

We await to see if further action will be taken.