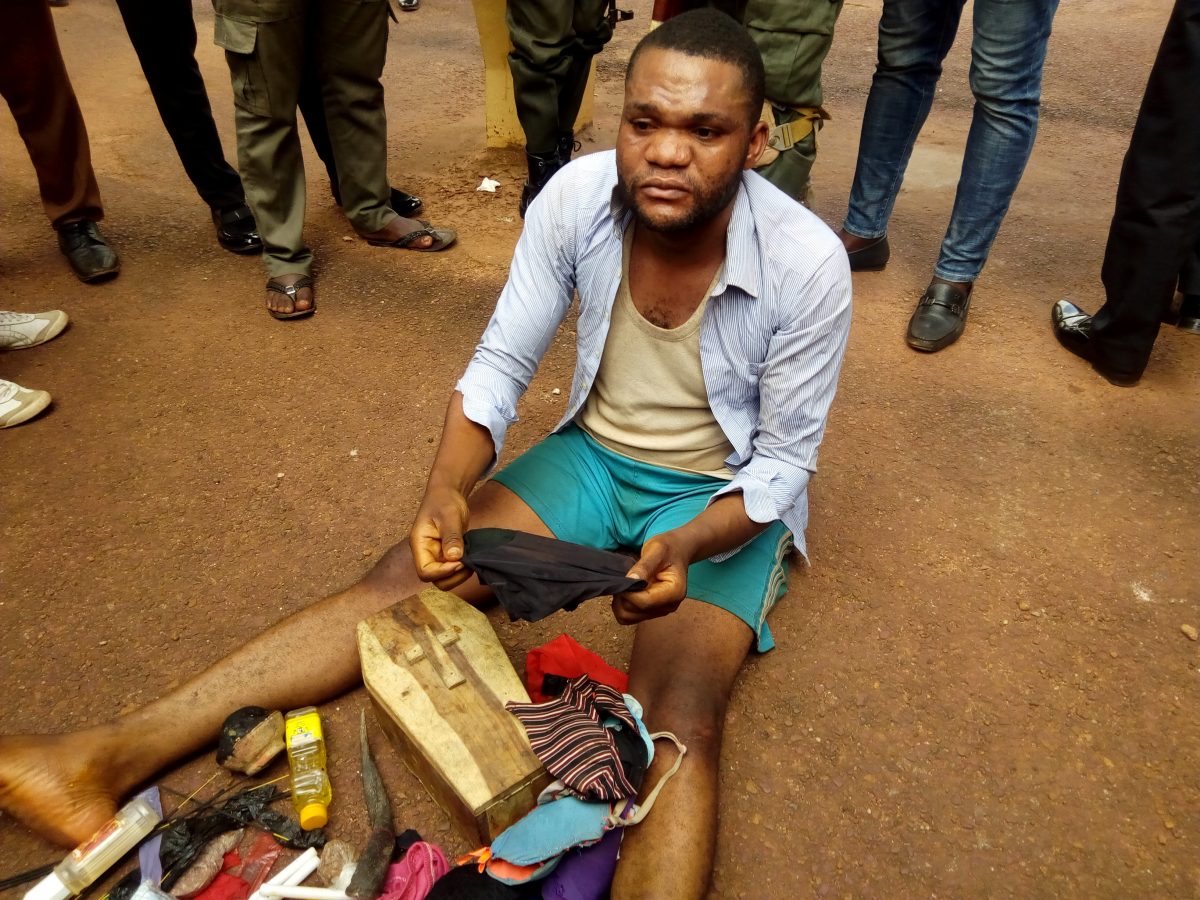 The Enugu State Police Command, Tuesday, paraded a self-acclaimed pastor, Sunday Egbo after a small coffin, multiple female pants and braziers were recovered from his house.

The end came for the said pastor after he allegedly raped a female member who had come for prayers.

The development led to his arrest and subsequent recovery of the items.

He told journalists that he procured the coffin and other items from a native doctor in Kogi State, with the hope of making money and attracting favour.

While admitting to raping the female member, the pastor said, “I paid the native doctor N200,000, to get the coffin and the flute. He told me to do certain things, after which I will get a Ghana-Must-Go bag full of money in my room.

“But after two weeks, the money did not come as the native doctor told me.”

He left advice for other men of God.