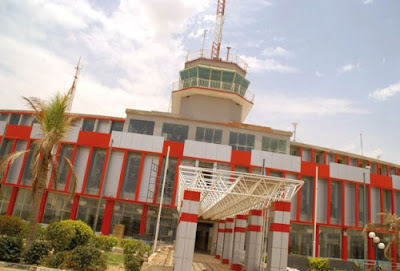 A passenger, whose identity has not been confirmed, reportedly slumped and died at the Mallam Aminu Kano International Airport, Kano on Sunday.

An eyewitness said the passenger, who was travelling to Abuja, was about to board a flight when he slumped and died.

The source said the deceased was with a colleague from Jigawa State on their way to Abuja to attend a seminar when the incident happened.

It was also learnt that authorities at the airport rushed the deceased to a hospital, where he was confirmed dead.


The police and the airport management have yet to confirm the incident.

In another development, the Emir of Karaye in Kano State, Alhaji Ibrahim Abubakar II, has called for a proper investigation into the death of a 26-year-old man, Abdulkadir Nasiru, who was allegedly tortured by the police.

The information officer of the Karaye Local Government/Emirate Council, Alhaji Haruna Gunduwawa, in a statement made available to newsmen, said the emir made the call after receiving a report on the incident from the father of the deceased, Nasiru Madobi, and the district head of Madobi in his palace.

The emir called on the state commissioner of police to ensure proper investigation.

When contacted for confirmation, the state’s Police Public Relations Officer, DSP Abdullahi Haruna, who confirmed the killing, said four policemen had been arrested.