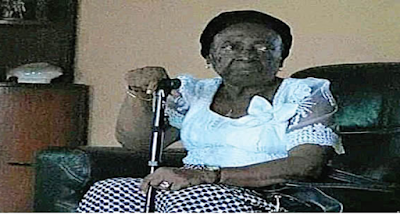 Lizzy Evoeme, popularly known as Ovuleria in the NTA series, New Masquerade,  stated on Friday that she was never so sick that she needed spiritual intervention.

Evoeme, who played the role of the wife of Chief Chika Okpala, popularly known as Chief Zebrudaya Okoroigwe Nwogbo alias 4:30 in the play, was reacting to the news of her death which went viral on social media on Wednesday.

In a chat, the veteran actress  said: “There was never a time I was so sick that it got into the papers or the media. I was never so sick that I needed prayer and I made it public.

“My sickness is just the sickness of elderly people – arthritis, hypertension – that’s it”, she said.


Asked what she thought was responsible for the death rumour, the actress said, “I wish I knew. I wish someone can answer the question for me.’’

‘Those behind the rumour deserve punishment’