No agreement yet with Bayern Munich – Wenger 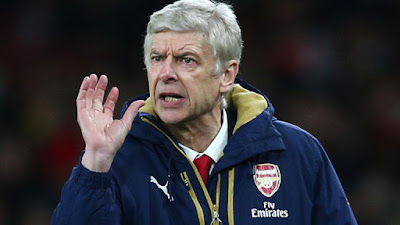 Arsene Wenger has denied rumours that he is in discussions with Bayern Munich to become their new manager.

But the former Arsenal boss avoided removing himself from the running.

The German champions are looking for a new manager after they sacked Niko Kovac on Sunday, following a 5-1 defeat by Eintracht Frankfurt.

Wenger won the Premier League three times and the FA Cup seven times in a 22-year spell in north London before leaving at the end of 2017-18.


The 70-year-old Frenchman was providing analysis for beIN Sports on Wednesday for Bayern’s Champions League victory over Olympiakos.

Asked about the speculation, he said: “I never refuse to talk to Bayern Munich because I know these people who lead the club for 30 years.

“I was nearly going to Bayern a long, long time ago. At the moment, I haven’t talked to them at all.

“We have not talked to each other and I don’t know [if we will].”

Bayern are currently fourth in the Bundesliga, four points behind leaders Borussia Mönchengladbach.