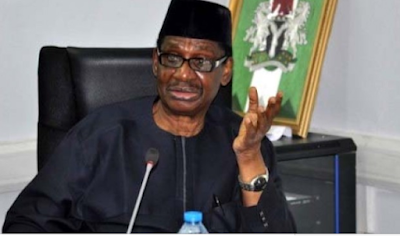 The Chairman of the Presidential Advisory Committee Against Corruption (PACAC), Prof. Itse Sagay, SAN, says it amazes him when Nigerians query the change President Muhammadu Buhari’s administration has brought in the fight against corruption.

Sagay made the assertion on Wednesday in Abuja when he led members of the committee on a solidarity visit to the Economic and Financial Crimes Commission (EFCC).

PACAC was established in 2015 by the Buhari administration as part of deliberate efforts to combat corruption in the country.

PACAC’s mandates include the promotion of reform agenda in the anti-corruption crusade, advising on the prosecution of the war against corrupt practices and implementation of reforms in the nation’s criminal justice system

Acording to him, President Buhari’s administration has brought a paradigm shift in the anti-graft war.

“When Nigerians pretend by asking what difference has his government brought in the fight against corruption, it amazes me.

“For me, it is a sign of bad faith being expressed by the elites who were the beneficiaries of corruption.

“So, they are undergoing the pains of having to earn their living rather than simply collecting unearned money, easy money that used to go round the country.

“These are people who were building edifices without sign of employment of any sort,” Sagay said.

The professor of law attributed much of the success story to efforts of the EFCC, which he said had surpassed other agencies in the fight against corruption.

He said the recent arrest of former Attorney-General and Minister of Justice, Mr Mohammed Adoke, in the United Arab Emirates was the latest in the EFCC’s achievements.

Responding, the Acting Chairman, EFCC, Mr Ibrahim Magu, who reassured of the commission’s commitment to fight corruption, stated “this is the mandate given to us by the president.

“We want to thank Sagay and his team for coming over because I see this visit as an oversight one.

“There is no money that can force Sagay and his team to come and pass commendation on the commission. We are proud of this gesture and we will keep taking what we are doing seriously.

“Anytime there is anything wrong, Sagay will call and shout at me by asking me to do the needful and I take correction quickly.

“And when he noticed we take correction, he will call and acknowledged, ” he said.

The EFCC boss said that the Commission had enjoyed lot of literature from PACAC which had served as guide for its operations, and assured that the commission would do the right thing always.