Nigerian stabs another to death in India 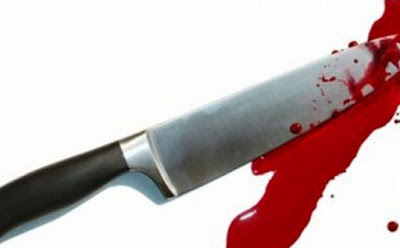 A Nigerian man, Morado, 39 was on Sunday stabbed to death by another Nigerian named Samuel, 30, in Hennur, east Bengaluru, India.

According to the Times of India, the fight between the duo started over lunch plate.

It was reported that Samuel had borrowed Morado’s lunch plate to buy food at a restaurant. However, he forgot the plate over there, which angered Morado and he slapped him when he got back.

Police said, “Samuel and Morado were partying at a common friend’s house in Hennur on Friday night. On Saturday afternoon, Samuel took Morado’s lunch box to buy chicken from Africans’ Kitchen, a food joint in Hennur.


“Samuel forgot the lunch box at the joint and got the chicken wrapped in aluminium foil. Seeing his lunch plate gone, Morado, who was in an inebriated state, abused and slapped Samuel. Others intervened and pacified them.”

However, Samuel would not let it slide, as he later showed up at Morado’s house in Janakiram Layout later with a kitchen knife to demand an apology. A shouting match ensued, which ended in Samuel stabbing Morado in the chest and stomach.

Neighbours called the police and Samuel who was hiding in Morado’s kitchen was arrested.