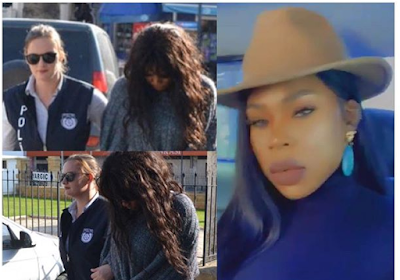 Popular Nigerian brand influencer, Uduakabasi Emmanuel aka Uduak is bae, has been arrested for the possession of illicit drugs in Cyprus, where she is currently schooling.

Uduak, who  has appeared in court ,was arrested on Wednesday after the police and narcotics team found 3 parcels of drugs in her apartment during a raid.


After her arraignment, she was granted bail of 5,000 TL (about N320k) because she is a student, but told to be reporting at the police station, twice in a week as her trial continues.