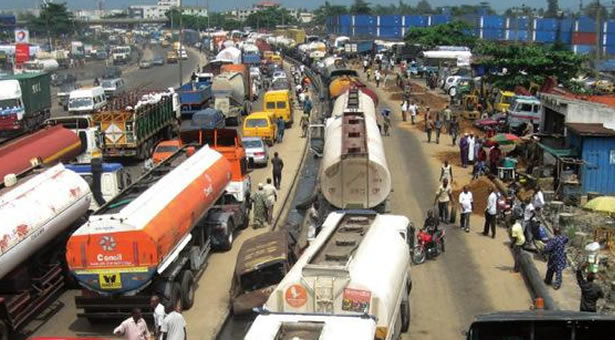 Lagos Police Commissioner Hakeem Odumosu has declared a state of emergency on Lagos traffic with 1,000 officers and men pushed to the roads to cushion the effects.

Odumosu who took over as Commissioner on Monday resumed at a time Lagosians are facing horrendous gridlocks occasioned by ongoing road constructions on major highways.

It was that motorists were stuck between Bolade Oshodi and Ikeja Along Bus Stop for over five hours, a distance that ordinarily should not exceed 15 minutes.


Acknowledging that miscreants could easily prey on such situations, Odumosu on Thursday deployed additional 1,000 cops to traffic duties across the state.

At an emergency meeting with his management team, heads of units/ departments, Area Commanders and Divisional Police Officers (DPOs) to review the current traffic situation, Odumosu directed 24-hour coverage of all roads.

According to a statement by police spokesman Bala Elkana, a Deputy Superintendent (DSP), the Commissioner also reviewed traffic duty to two shifts daily.

“Traffic Duty Officers will run shifts between 10 am and 10 pm while the second shift will be 10 pm to 10 am. They will provide 24-hour coverage. They will all operate in their usual reflective jackets.

“The measure will help in ensuring free flow of traffic and will also curb the menace of traffic robbery. The Commissioner of Police calls on Lagosians to accord the Police Officers on traffic duties maximum cooperation in the discharge of their statutory duties. All road users are enjoined to obey traffic laws,” he said.