NDDC suspends monthly payment of N1bn to a consultant 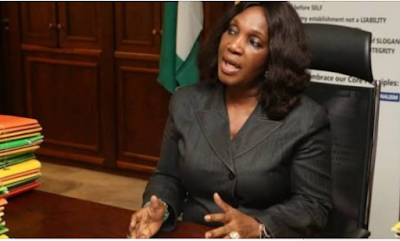 Gbene Nunieh, acting managing director of the Niger Delta Development Commission (NDDC), says the commission has suspended the monthly payment of N1 billion to a consultant that collects money from international oil companies (IOCs), on its behalf.

She disclosed this while speaking with reporters at the NDDC headquarters in Port Harcourt, Rivers state, on Wednesday.

She said the commission did not need middlemen to collect statutory funds due to it.

“We have a consulting firm engaged as a collection agent. We have another company that also collects three percent whenever money is paid by the International Oil Companies, IOCs,” she said.


“We don’t need a middle man to collect three percent for gas. The money should just be paid into NDDC accounts with the CBN.

“That is why I have suspended the contract of a collection agent. We are no longer going to pay anyone N1 billion every month. That is wicked.

“That money can put mono pumps in rural communities in the Niger Delta. It can buy books and set up primary health centres. The three percent for a consulting firm is over. That is why we are under pressure. But I laugh because those who live in glass houses should never throw stones.”

Nunieh said political interference is setting the commission back, vowing not to bow to pressure.

She added that her desk was overflowing with files waiting for payments, even from companies belonging to an individual.

“How can someone have 87 companies waiting for payment?” she asked.

“What is happening is very embarrassing. We must all get up and know that these people have taken our commonwealth.”

The acting MD said things were beginning to look up as many contractors have gone back to site since she mounted the saddle.

“We have about 57 contractors that have gone back to site. I am encouraging everyone to go back to site so that things will be done properly. Those that actually execute their contracts will be paid,” she said.

“No big contractors. Get the locals who are plumbers to get the mono-pumps to work. We are going to take development to the people and that is why you no longer see the young men hanging around our gates. We have asked them to go back to their communities and we will meet them there.”

On Monday, Cairo Ojougboh, NDDC’s acting executive director of projects, said a sitting senator is handling 300 of the commission’s project.

Ojougboh, who did not name the senator, said 120 of the contracts have been fully paid for, saying that the contracts were being investigated.

He also said the commission is owing N3 trillion in contract sum.

Last month, President Muhammadu Buhari ordered a forensic audit of the commission since 1999.