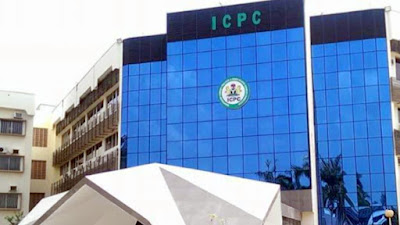 About N3.76 billion of the N100 billion allocated for Zonal Intervention Projects in the 2019 budget are opaque and “at the risk of being stolen.”

This was stated by the anti-corruption agency, ICPC, in a report titled “BREAKDOWN OF 2019 ZONAL INTERVENTION PROJECTS (ZIP) ALLOCATIONS.”

The ZIPs, also called constituency projects, are nominated by lawmakers who propose them during the annual budget review. The projects are then inserted into the budgets of relevant ministries, departments and agencies (MDAs).

However, these projects are often enmeshed in corruption, and President Muhammadu Buhari last week lamented that despite the appropriation of over N1 trillion for these projects in the past ten years, there was nothing tangible to show for them.

In its report, the ICPC categorised the opaque appropriations into Empowerment (N26.1 billion) and Capacity Building (N9.3 billion).

“These empowerment projects are so opaque that it is difficult to track them,” the ICPC chairman, Bolaji Owasanoye told journalists Thursday morning while speaking about his agency’s report.

Mr Owasanoye explained that his agency was reviewing the constituency projects to ensure they were more transparent and efficient. Speaking on the shady appropriations within the ZIPs, the law professor said his agency “could not find what projects they are meant for.”

He, however, said his agency has “flagged” these appropriations and “believe that money will not be released” for them.

According to the report, ZIPs meant for Lagos State have the highest of these ‘opaque’ appropriations with N1 billion of the N3.2 billion proposed for the state in that category.

Lagos is closely followed by Cross River where lawmakers proposed N632 million opaque projects of the total N1.6 billion ZIPs for the state.

Some of the states where lawmakers proposed little or no ‘opaque’ constituency projects, according to the ICPC, include Niger, Enugu, Anambra, Edo and Yobe.

Mr Owasanoye said in monitoring these constituency projects, his agency worked with lawmakers and the relevant MDAs. He said his agency was not concerned about the politics of the ZIPs but about ensuring that communities get value for the money spent on such projects.

The ICPC had earlier made recommendations on how to ensure the ZIPs are more efficient.

One of the recommendations was that “government should not accept new projects in a particular constituency if there are existing underfunded projects in that constituency. Existing projects must be completed before the introduction of new ones.”