8:24 AM CuteNaija 0 Latest News in Nigeria 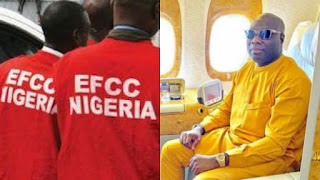 An Internet celebrity, Ismaila Mustapha, also known as Mompha, has denied involvement in a N33billion money laundering charge filed against him by the Economic and Financial Crimes Commission (EFCC).

Mompha pleaded not guilty to a 14-count charge bordering on the offences following his arraignment at the Federal High Court, Ikoyi, Lagos by the EFCC.

Justice Mohammad Liman remanded him in prison custody and adjourned till Friday for hearing of his bail application and commencement of trial.