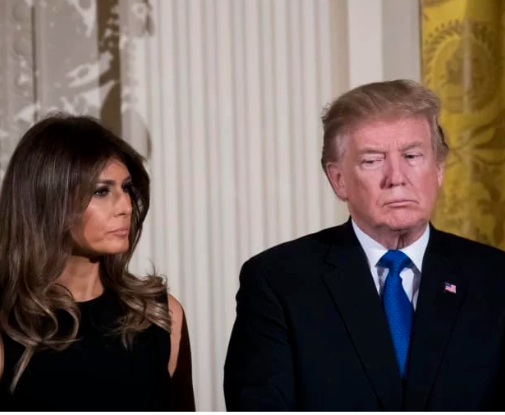 During a recent private fundraising event, President Trump joked that his wife Melania would not cry if he was shot.

The dinner, intended for House Republicans was held at Trump’s hotel in Washington, DC, and featured a lengthy speech from the president that reportedly devolved into a roast of GOP members, as well as his own wife.

During his speech, Trump used the near-fatal shooting of House Minority Whip Steve Scalise in 2017 as fodder for a dig at Melania. Trump reportedly started by noting how tough Scalise was but warned against getting shot as a weight-loss strategy.

Trump then said Scalise’s wife “cried her eyes out when I met her at the hospital that fateful day… I mean not many wives would react that way to tragedy. I know mine wouldn’t.”