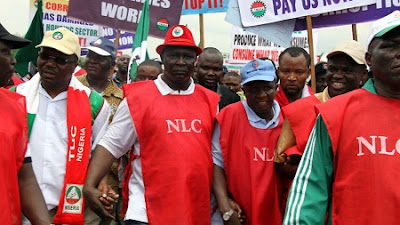 President of the Nigeria Labour Congress, Ayuba Wabba, on Saturday said there was confirmation from the Ministry of Labour and Employment and the National Salaries, Incomes and Wages Commission that the circular for the new minimum wage of N30,000 would be ready soon.

On Friday, the President of the Trade Union Congress, Quadri Olaleye, told our correspondent that a letter, which would be jointly signed by the TUC and NLC, would be sent to the Minister of Labour and Employment, Dr Chris Ngige, to ensure the quick release of the circular.

He added that the circular was a confirmation that the Federal Government had begun full implementation of the new minimum wage.

Speaking with our correspondent from Geneva, Switzerland where the meeting of the governing body of the International Labour Organisation was held until Friday, Wabba said when the issue of the letter was initiated, he was already in Geneva.


He noted that his attention was drawn to it and a draft of the letter was sent to him via his e-mail address.

Wabba explained that immediately, he approached Ngige, who was also in Geneva for the meeting and the minister told him that all issues relating to the circular had been proactively addressed after the last Federal Executive Council meeting.

“I was at the meeting in Geneva with the minister of labour and he proactively addressed the issue when I approached him there.

“He said that after the FEC meeting, he prepared all the documents, including the arrears and sent to National Salaries, Income and Wages Commission. We have confirmed from the commission.

“States can start their negotiation. What is important is that no one must negotiate anything lower than N30,000. That had been settled between labour and the Federal Government.”