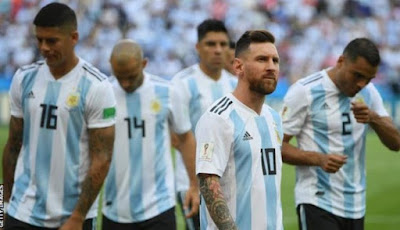 Lionel Messi has been included in Argentina’s squad for friendlies against Brazil and Uruguay next month, after his three-month international football ban ended.

The Barcelona forward, 32, was sent-off in Argentina’s Copa America third-place play-off win over Chile on 6 July.

He was later banned after claiming the Copa America was “corrupt”.

Messi, who has scored five goals for Barcelona this season, missed four matches for Argentina during his ban.


Argentina face Brazil in Saudi Arabia on 15 November and Uruguay in Israel on 18 November.