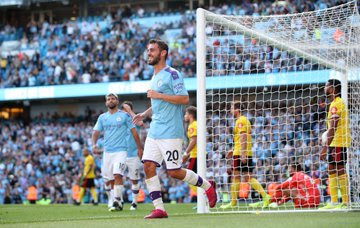 Manchester City player Bernardo Silva has been suspended for a one-game ban over a tweet mocking his team-mate Benjamin Mendy in September, breaching FA Rule E3.

The Portuguese professional footballer will be ineligible to participate in a home match against Chelsea on Saturday, 23 November after paying £50,000 ($64,160) fine for the same violation.

Silva, 25, will also complete a face-to-face education after admitting the act.

In a tweet that was deleted after 46 minutes, Silva compared Mendy to the character on a packet of Conguitos – a sweet brand available in Spain and Portugal.


He later tweeted, “Can’t even joke with a friend these days.”

The FA commission, however, said the player did not himself intend the post to be insulting or in any way racist but the post was on a social media platform.

“It is clear that the tweet was intended to be no more than a joke between close friends.

“However, this was not a private jocular communication between two friends.”