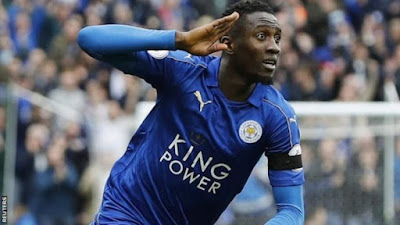 Rodgers also insists Leicester have already moved on from their record 9-0 victory at Southampton.

The Foxes thrashed the Saints for the biggest ever away win in the Premier League last Friday and equalled Manchester United’s 9-0 record victory over Ipswich in 1995.

They go to Crystal Palace tomorrow third in the top flight, two points behind second-placed Manchester City and eight behind leaders Liverpool.


“He is an incredible player. The offensive players get the credit but he does the dirty work,” said Rodgers.

“He has this brain for the game, where he can smell danger and always finds himself there. The timing of his challenge is very good and he’s up there with the top players at winning the ball back.

“When you play a pressing game you need someone like Wilf. His passing is good too, he’s always smiling.”

Rodger added: “No, we’ve already had a game (3-1 Carabao Cup win at Burton). We’ve already reflected on the performance, you have got to take the real positives from it.

“There were other areas where we could have scored more, there was a period between the 58th minute and the 84th minute where we didn’t score.

“Throughout the game our pressing, our intensity, was very good and it shows the players have learned.

“Last year they played against Southampton here for 45 minutes where Southampton had 10 men and they won 2-1.”

Meanwhile, Rodgers has been nominated for the Premier League’s October Manager of the Month award while Jamie Vardy, Youri Tielemans and James Maddison are up for the player gong.