The first batch of grand draw winners in the ongoing La Casera Under the Crown Consumer Promotion tagged “Refresh and connect”, which is running across the country, have been rewarded with various prizes at the first set of prize presentation ceremonies held in Port Harcourt, Abuja and Lagos on the 18th, 20th and 22nd of November 2019 respectively.


The La Casera Company (TLCC), makers of the natural apple tasting La Casera apple, said in a press statement that the promo kicked off in October 2019, adding that the first set of draws, among many, have been conducted for customers who met the grand draw criteria between October and November, 2019.


Winners emerged across the regions from the first draws as they were contacted by representatives of the company to invite them to the draws where they won and redeemed their prizes.


“It is important to reiterate that the promo is running pan Nigeria. More draws will hold in Enugu, Ibadan, Kano and yet another draw in Lagos as the promo continues and presentation of prizes will be done at the grand draw events in those locations”, the statement said.


In his welcome speech at the grand draw events, the Managing Director, TLCC, Mr Chinedum Okereke explained that in line with the promise made at the commencement of the promo, La Casera has already given out millions of naira worth of instant airtime to La Casera apple consumers across the country. According to him, the promotion was a demonstration of La Casera’s commitment to giving back to its loyal consumers.


He explained that consumers who buy La Casera apple drink show that they trust the brand and the company, as the company would always ensure that its consumers get the highest quality of products always. Okereke noted that The La Casera Company has resolved to continue to give Nigerians more innovative products, urging consumers to keep refreshing with La Casera Apple in order to continue winning as much as N10,000 worth of airtime instantly. 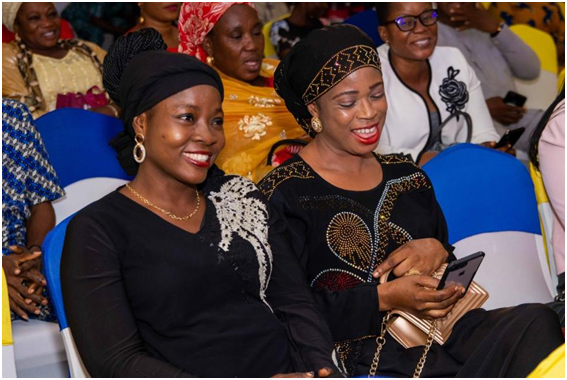 Also speaking, the Senior Brand Manager for La Casera, Mr Ruth Ode, said that La Casera decided to hold the draws across several regions of the country in order to give consumers in all parts of the country the opportunity to win the prizes being offered in the promotion. 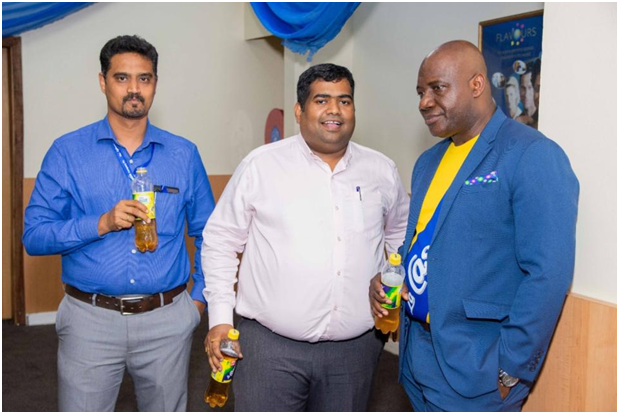 Ijeoma Cynthia Akabuogu who won a Lenovo laptop at the Port Harcourt draw, was ecstatic as she picked up her prize, adding that she had been planning on purchasing a used laptop, when she got the invite for the draw. Bukunolami Ola and Oluwatobi Femi John, who were the iPhone X mobile phone winners at the Abuja and Lagos draws respectively, couldn’t contain their excitement at winning the ‘status symbol’ star prize. 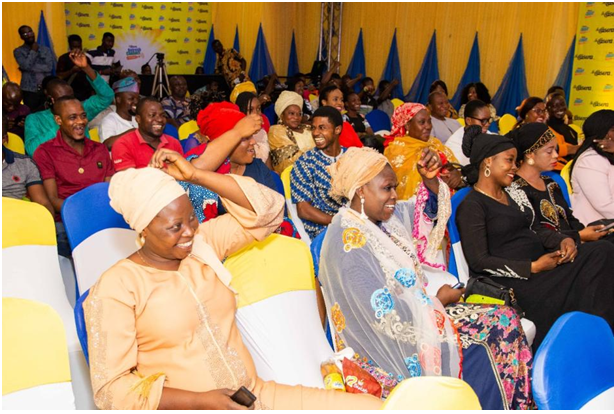 To participate, consumers are expected to buy a La Casera promotional bottles 35cl, 50cl or 60cl with a yellow cover, send the 8 digit unique code under the cap via SMS to 20055 or via WhatsApp to 09034509330 and you stand a chance to win airtime. 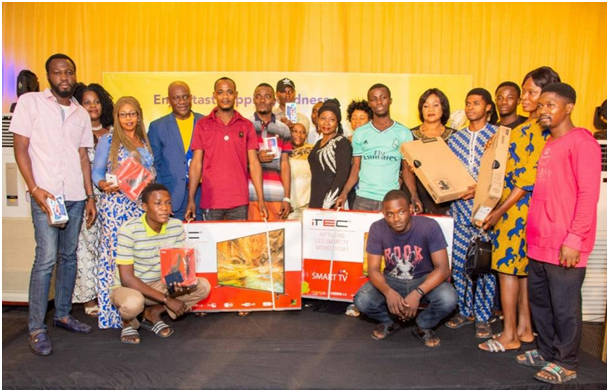 Consumer participation of at least 10 times a monthautomatically qualify for the monthly draw to win fantastic prizes such as Laptops, smart phones, Bluetooth headsets, smart TV, up to N10, 000 instant airtime and so much more! 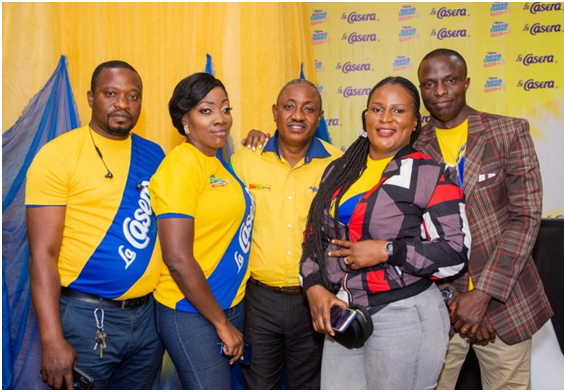 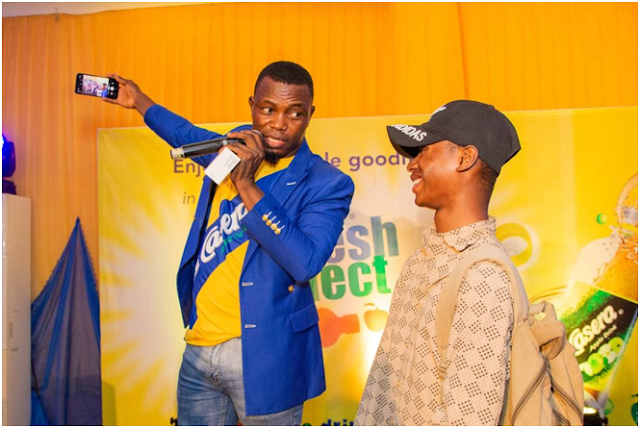 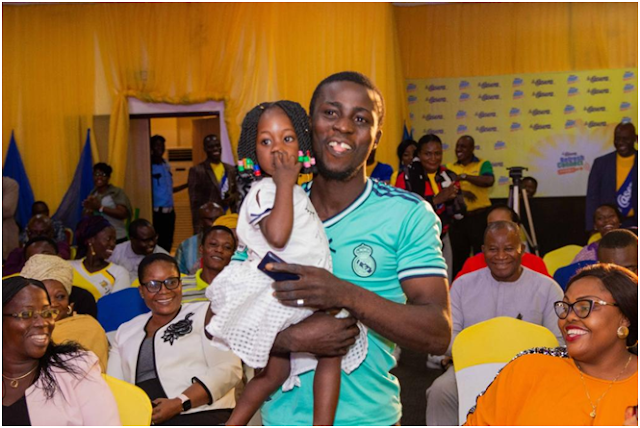 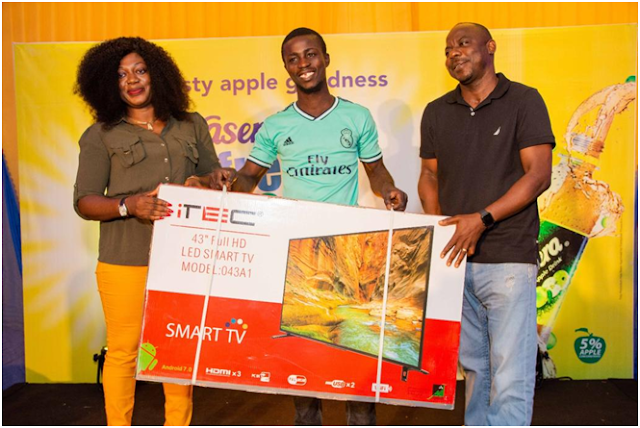 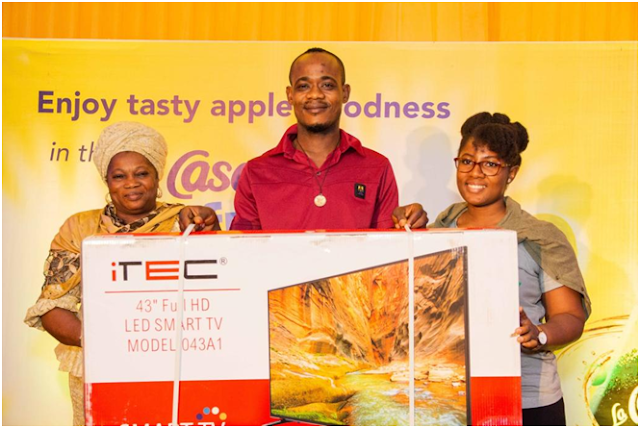 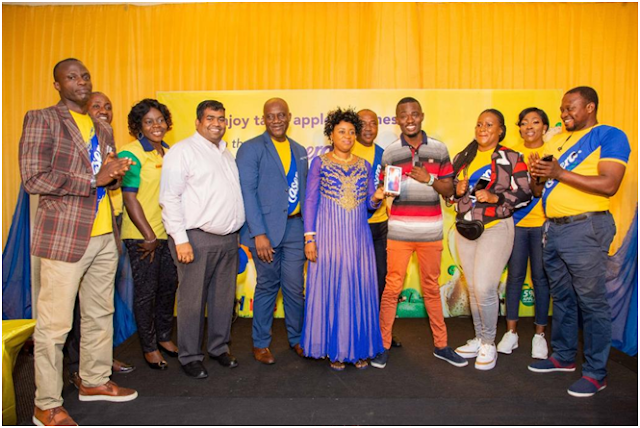