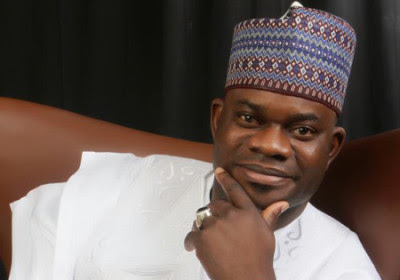 Governor, Yahaya Bello, of the All Progressives Congress allegedly were threatening and forcing INEC presiding officers, including NYSC members to endorse prefilled results sheets in favour of the APC, in some local government areas during the elections on Saturday.

He alleged that the governor and the APC were desperate to allocate fictitious votes and fabricate results in their favour in the areas.

“The party also calls on security agencies to immediately detail a reinforced team to Okene and Okehi to save the lives of the presiding officers and the NYSC members from the APC and agents of Yahaya Bello.

“INEC and security officials must take immediate steps to arrest the situation as the development is already causing tension and could lead to the electorate having no option but to resort to self-help in defence of their democratic rights.”

He also urged INEC to note that the APC was allegedly manipulating the electoral process, causing deliberate delays and swapping of election materials, all in a bid to cause confusion in the process.

He said, “For instance, in Kabba/Bunu Okekoko Ward Unit 9, the units have been reduced from two to one, a situation that will lead to disenfranchising of voters to reduce votes belonging to the PDP.

“Also the serial number on the ballot papers brought to the area is different from numbers on ballot papers released in Abuja for the area. Such swapping of ballot papers is a deliberate ploy to cause confusion and derail the electoral process in PDP stronghold.”

He therefore urged INEC to immediately correct all the alleged anomalies as, according to him, every genuine vote cast must be made to count in the election.

Efforts by our correspondent to get the response of Mr Kingsley Fanwo, media aide to Kogi State governor proved abortive as his number indicated it was not available.