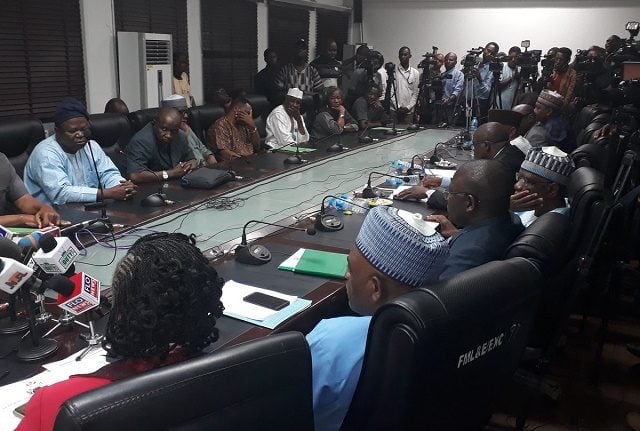 The Academic Staff Union of Universities (ASUU) has reportedly mobilized for a nationwide strike over the federal government’s refusal to negotiate its enrolment on the Integrated Payment and Personnel Information System (IPPIS).

President Muhammadu Buhari had issued a directive over IPPIS to manage the payment of the salaries of all federal government workers while mandating that anyone not registered on the platform will not be paid.

ASUU had rejected the new system, accusing the federal government of designing it to suppress the masses in the guise of fighting corruption.

The union had also threatened strike which was later suspended pending further meetings with the government.

According to This Day, ASUU is set for a showdown with the federal government over the issue, having directed its branches to shun the enrolment into the scheme, an exercise earlier slated to commence nationwide on Monday among federal universities.

Following a protracted meeting which held over the weekend, Jamilu Shehu, ASUU’s Sokoto zonal coordinator, said the union would “definitely” go on strike should the federal government execute its threat to suspend their salaries for refusing to enrol.

“ASUU is determined to oppose any policy that is aimed at thwarting the educational advancement of the country. If the government insists on stopping the salaries of the university staff for not joining IPPIS, the union’s policy of No Pay No Work will definitely be implemented,” he was quoted to have said.

John Edor, ASUU chairman at the University of Calabar, said the union had directed its members to boycott the enrolment rather than get “forcibly migrated into the IPPIS without smoothing the rough edges of that system.”

Meanwhile, Ahmed Idris, the accountant-general of the federation (AGF), had previously described ASUU’s opposition to the compulsory enrollment of all federal government staff to the IPPIS as an “open endorsement of corruption”.

According to him, the government remains unwavering on the issue and the deadline given to all ministries, departments, and agencies to enroll in the platform as “there is nowhere employees dictate to employers as to how he or she should be paid.”