I was mad, upset after I heard about my mother’s death- Charly Boy 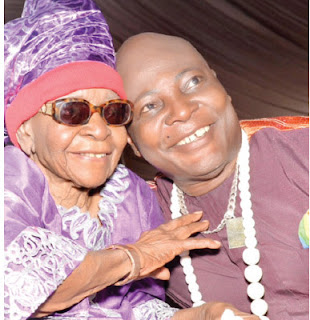 Charles Oputa a.k.a Charly Boy has opened  up about how he felt when he heard  about his mother’s death.  According to him, he was mad and upset, adding that he also cursed a little.

“I was mad, upset; I cursed her a little in my mind! I felt she chickened out because we had discussion about death a couple of times. Sometimes she would say ‘oh, I want to go, I want to go’ and I would say ‘go where?’ I would pretend I didn’t know what she was saying and ask ‘okay, you want to go back to the village?’ She would lament: ‘Look at me, nothing is left of me, I want to go’. Then I would reply, ‘you want to go and leave me here? ‘You can’t dump me with all the things I am fighting. You have to stay so you can be giving me ammunition’ and then she would smile. I once posted a social media message where I prayed ‘I am not God, I don’t know the time but I wish mum could die in my arms’. That was the picture I had”, he said.


Asked about his first reaction, the musician said: “My wife called me to say mum was breathing funny. Then I was in the Philippines on my way from New Zealand. I had spoken to her a day before and she asked when I was coming back. I said the next day, so she said ‘buy me this and buy me that’. When my wife called me the next day, I thought she was trying to trick me. I just broke down and cried but I had to pull myself together and start calling people. I called my wife and asked, ‘is she dead? I can deal with it’. But she said ‘no she is not. Come back you will meet her’. Two hours after that conversation, she passed on. I have done my grieving and I don’t know whether there is still more to do because I haven’t buried her. I am not going to play macho and say I am a man, I won’t cry. If e hungry me I go cry”