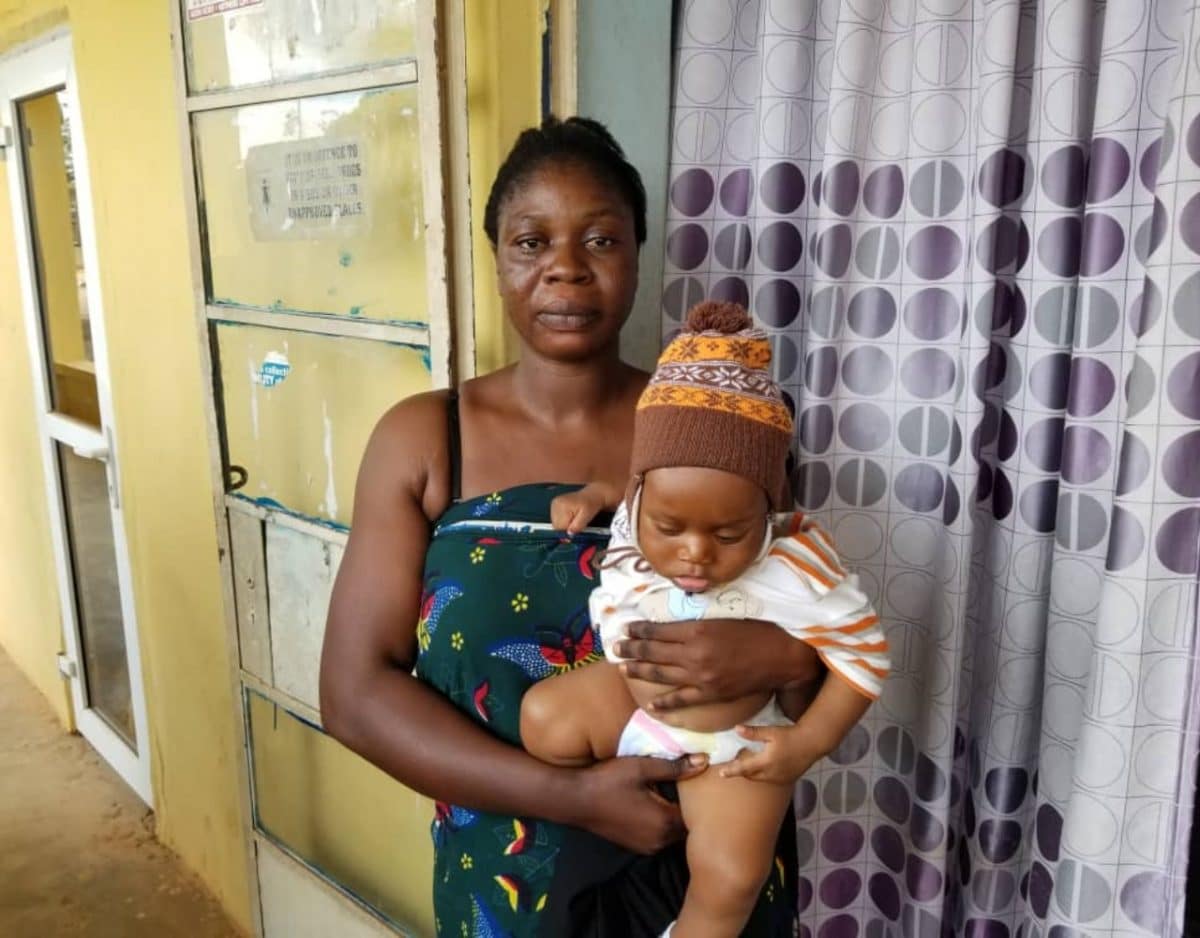 A middle-aged woman, Falilat Olatunji, was on Wednesday arrested by men of the Ogun State Police Command for allegedly stealing a four-month-old baby boy in Abeokuta.

The suspect was arrested following a report by one Alhaji Abdul Akeem Dawodu, who reported at Sabo Ilupeju Police Station that one Ms Taiwo Bello was washing her clothes behind the house at Iyana Kajola, Mile 2, Abeokuta; leaving her four month old baby, Ibrahim Bello, sleeping in the room.

She reportedly got back to the room and discovered that the baby had been taken away by an unknown person.

It was said that the woman raised alarm, which attracted a lot of people to the house.

Ogun police spokesman, Abimbola Oyeyemi, said, “Upon the report, the DPO, Sabo Ilupeju division, CSP Alhasan AbdulAzeez, mobilized his detectives to the scene and commenced a full scale investigation into the case.”

Oyeyemi informed that the efforts of the police yielded positive result when the suspect was sighted at Ilewo Orile with the baby and was promptly arrested.

“On interrogation, the suspect, who resides at 23, Jawando street Ayobo Lagos confessed stealing the baby, but claimed that she only wanted to use the baby to deceive her husband whom she had earlier informed that she got pregnant for as the product of the pregnancy.”

Investigation further revealed that the suspect was once squatting in the same house with the parents of the baby and that she was present during the naming ceremony of the same baby.

The baby, police said, had been reunited with his parents.

Meanwhile, the Ogun State Commissioner of Police, CP Bashir Makama, has ordered the immediate transfer of the suspect to state Criminal Investigation and Intelligence Department for further investigation and prosecution.

Makama equally appealed to members of the public to always beware of people around them; saying “there are a lot of wolves in human skin.”