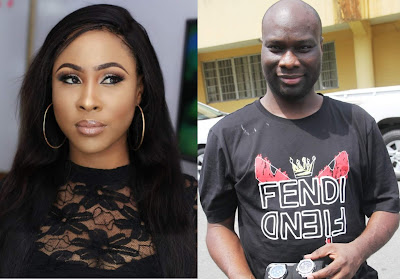 Actress and social entrepreneur, Charity Nnaji has declared that she has been struggling ever since Instagram celebrity- Ismaila Mustapha- Mompha shared their private chat on Instagram.

Recall that Nnaji and Mustapha once had a face-off on social media when Mompha called her out for being an online beggar.

According to Nnaji:” There is always a payback time. I won’t say I am happy with what I am doing; but then, if during the period he (Mompha) was mocking me, he actually considered some things, he wouldn’t have shared our private chat on social media. The message he shared on social media between us was a private and confidential one. He intentionally wanted to mock me.


“When I heard that he was arraigned by the EFCC, I wasn’t really happy about it. I felt it was my time to payback. I mean no harm, but I just wanted him to know that I wasn’t happy with what he did to me. What he did to me led to the downfall of my career and my non-governmental organisation. Since that time, I’ve been struggling and trying to build my career. I only contacted Mompha then because I needed him to support my NGO. He is a rich man and he has helped a lot of people; there is no way I would have won him in that type of situation (the face off). I am not happy about what is happening to him, we all don’t pray for such. Mocking him was not intentional; I just wanted him to feel what I felt during that period when I was depressed over what he did to me. I am not happy about what he is going through but I know it would end in praise. I wish him well, she said.