I am worth over $10m- Shatta Wale declares 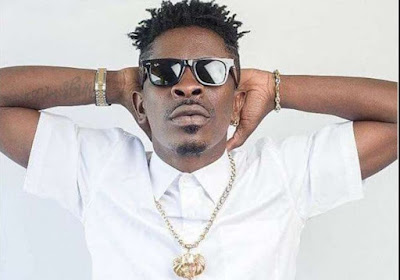 Ghanaian dancehall singer, Charles Mensah is better known as Shatta Wale has said he is worth over $10 million and that should be a motivation to the youth.

The 35-year-old controversial singer who worked with Beyonce alongside Burna Boy, stated this in an interview with Peace FM, a radio station in Ghana.

“For now I can say that I am worth over ten million dollars. It is business, so if they will understand it like that, any other artiste can speak the way I speak. But sometimes you ask Ghanaian artistes whether they are rich, all they say is me I don’t disclose my worth but that is a lie,” he said.

“Because when you watch the likes of Jay Z, Kanye West, and other big artistes when they buy a new house they post it on the internet. So it is normal. And it’s not like I am bragging to anybody but it is also a motivation for the youth to believe in their dreams and work hard towards it.”


Shatta is best best-known for his song is ‘Dancehall King’. He also doubles as an actor, having appeared in the films ‘Never Say Never’, ‘The trial of Shatta Wale’ and ‘Shattered Lives’.