Golden Eaglets crash out of FIFA Under-17 World Cup 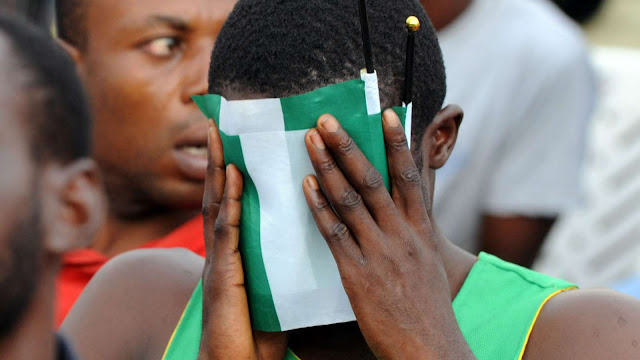 Nigeria have been eliminated from the 2019 FIFA U-17 World Cup after suffering a 3-1 loss to the Netherlands in Tuesday's Round of 16 match.

Sontje Hansen's hat-trick led Manu Garba's boys out of Brazil as the Oranje advanced into the quarter-finals.

Nigeria paid dearly for their poor defending in the opening minutes of the encounter at the Estadio Olimpico Pedro Ludovico, conceding two goals in the first 20 minutes.

Hasen gave the Netherlands a bright start in Goiania with his opening goal in the fourth minute but the lead was short-lived by Olakunle Olusegun's equaliser in 12th minute, after a fine pass from Akinkunmi Amoo.


Three minutes later, the Ajax youngster restored the Oranje's lead with his second goal of the night to put the European side in control of the game.

Nigeria pushed on for an equaliser before the interval but lacked finishing touch in the final third.

The game was halted momentarily just after the half hour-mark to treat Calvin Raatsie who was involved in a collision with Peter Olawale.

In their quest to get back into the game, Manu Garba threw Divine Nwachukwu and Ibrahim Jabaar into the fray for Peter Olawale and Ibrahim Said in 61st and 64th minutes respectively.

Raatsie's brilliance between the sticks was crucial to the Oranje's victory as he kept Nigeria attackers out with his impressive saves.

Nigeria's woes were compounded in the the 81st minute after the VAR found Ferdinard Ikenna guilty of obstructing Mohamed Taabouni's shot with his hand in the 18-yard box.

Hansen stepped forward to take the resulting penalty kick and he made no mistake to complete his hat-trick and seal victory for Netherlands.