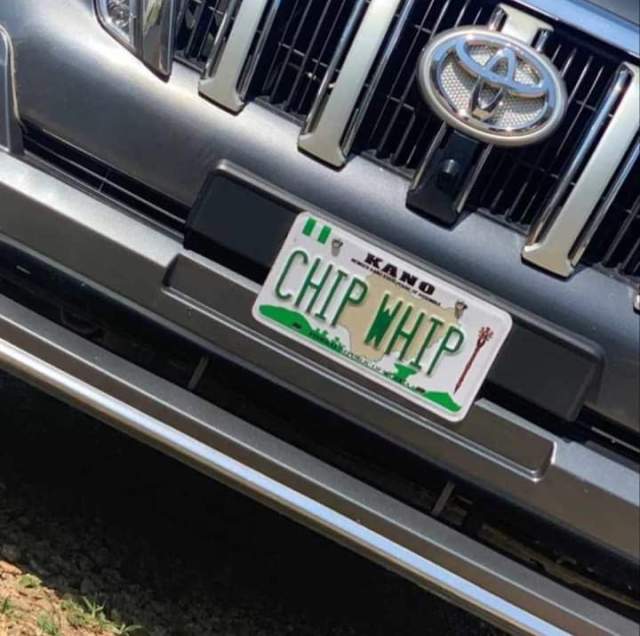 The Federal Road Safety Corps has disowned a number plate reportedly used by the chief whip of Kano State House of Assembly, saying it did not produce or issue the facility bearing ’CHIP WHIP.’

Pictures of the number plate which surfaced on the social media platforms had attracted criticisms and acerbic comments over the spelling errors.

But reacting to the criticisms, the FRSC spokesman, Bisi Kazeem, in a statement on Sunday, explained that the agency could not have made such errors owing to the rigorous quality assurance procedure in producing and issuing licences.


The corps said, “For the avoidance of doubt, FRSC with its international quality management certification (ISO 9001: 2008) has rigorous quality procedures for producing and issuing any of its security documents which makes the possibility of such obvious grammatical errors on any of its licences impossibility.

“We are, therefore, making it abundantly clear to members of the public that FRSC as the lead agency in road traffic management and safety administration in the country has nothing to do with the said number plate as some people are insinuating on some social media platforms.”

Kazeem disclosed that the Corps Marshal, Boboye Oyeyemi, had asked the Kano State sector commander to investigate the origin of the purported number plate and punish the perpetrators.

Oyeyemi was also said to have asked all field commands across the country to be vigilant and to carry out a clampdown on producers and issuers of fake number plates.