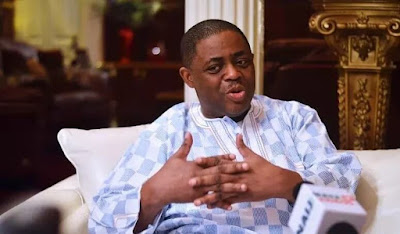 Femi Fani-Kayode, former Minister of Aviation, has condemned the closure of Nigeria land borders till January 2020.

The Nigerian government announced closure of its land borders to curb smuggling activities.

The exercise led to a total shutdown of land frontiers across the country.

The land borders are expected to be reopened on January 31, 2020.


This was revealed in a circular dated November 1, 2019 (NCS/ENF/ABJ/221/S.45) and signed by the Comptroller of Customs in charge of enforcement, Victor David Dimka, to the Sector Coordinators, joint border operations drill (Exercise Swift Response), Sectors 1, 2, 3 & 4

The closure of borders has since generated criticisms and approvals from well-meaning Nigerians and institutions.

But, Fani-Kayode described the border closure till January as the ‘biggest con’

According to him, the closure of Nigeria’s southern boarders is ill-motivated to neigbouring countries.

On his Twitter page, the former minister wrote: “The closure of Nigeria’s southern boarders until the end of January is the biggest con in the last 10 years.

“It presents a very real economic challenge to our neighbouring countries, it is ill-motivated, it is ill-conceived and there is far more to it than meets the eye.”