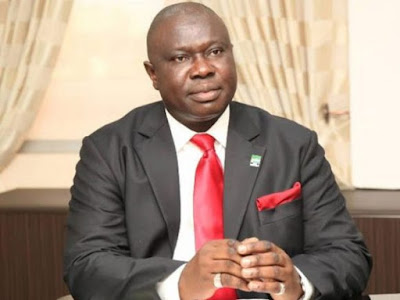 Ikuforiji and his aide Oyebode Alade Atoyebi were docked by the EFCC in a retrial of a money laundering charge, for which he was initially discharged by a Federal High Court in Lagos in 2015.

The new case is before Justice Mohammed Liman at Federal High Court sitting in Lagos.

The former speaker and his aide were discharged and acquitted by a Federal High Court in Lagos of 54 counts of money laundering to the tune of N673 million.


However, when the case was pursued to the Supreme Court on appeal by the EFCC, the Apex court in January 2018 ordered for a retrial by the Federal High Court.

In the new charge, the EFCC has filed 56-counts against the former speaker and his aide.

It was filed before the Federal High Court in Lagos by Mary Onaja.

The charge alleges that Ikuforiji and Atoyebi between April 2010 and August 2011 conspired together to commit an illegal act, to wit, accepting various cash payments amounting to the sum of N673 million from the Lagos State House of Assembly without going through a financial institution, thereby committed an offence contrary to sections 18a of the Money Laundering Act 2011.