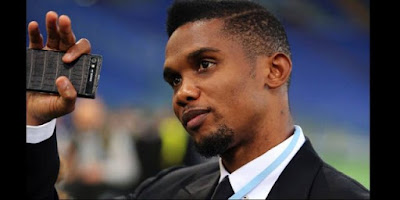 Former African footballer of the year, Samuel Eto’o has expressed hope that an African player will win this year’s Ballon d’Or stating that African players still do not get the recognition they deserve.

George Weah, the former Paris Saint-Germain and AC Milan striker who is now the president of Liberia, won the Ballon d’Or in 1995 but remains the only African player ever to have claimed the award.

“Western media dominate our media in Africa, so they definitely have an influence. People prefer to see a Lionel Messi goal,” Eto’o, 38, told AFP during a visit to Paris last month.

The former Barcelona star, once a teammate of Messi, believes that “African players are not respected” and are “not always properly appreciated”.


He recently hung up his boots after a glorious career in which he won the UEFA Champions League three times and the Africa Cup of Nations twice.

He never won the prize for the world’s best player, although he insists he has no regrets. No, because I won so many trophies, I made so many dreams and for me that is the equivalent of winning the Ballon d’Or. However, I do feel for my younger brothers who came along after my generation.”

There are five African players on the 30-man shortlist for this year’s Ballon d’Or, with the winner to be announced at a ceremony in Paris on December 2.