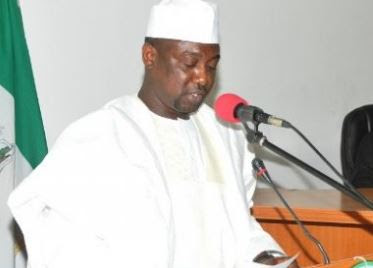 Gov. Abubakar Bello of Niger on Sunday advocated structural adjustment in governance to boost economic growth and development in the country.

A statement by Mrs Mary Berje, Chief Press Secretary to the governor, said Bello made the called during a 3-day Executive Leadership Retreat on Administrative Relationship, Strategic Communication and Management of Public of Finance for Economic Development.

The retreat was organised for the newly sworn-in commissioners and other top government functionaries in the state in Kaduna.

He described the retreat as timely and informative, urging the participants to ensure they block all leakages in the system so as to improve the state’s finances.


He added that the future would be tougher than it is, hence the need for structural adjustment and financial prudence.

“The future is looking very bleak financially and things will be tougher,” he said.

According to him, the state must work towards moving away from over-reliance on Federal Government Allocation and device other means of generating finance.

“We need to block leakages, and we must do some structural adjustments to survive the challenges of the future and the only solution is to move away from dependence on Federal allocations.

“We must change the narrative because we must survive. We must move our system from basically a publicly reliance system into a private sector system,” he added.

He charged the participants on financial prudence and to avoid memos that were not relevant and ensure the completion of ongoing projects before embarking on new one that were people oriented.

He called on the commissioners as well as other government officials to ensure proper execution of government policies and projects, urging them to imbibe ethical practices of honesty in the discharge of their duties.

The governor, however said that both the permanent secretaries and the directors in the state would undergo similar retreat as they play a critical role in policy formulation and implementation.

In his remarks, Alhaji Ibrahim Balarabe, Chief of Staff to the governor, commended Bello for the initiative.

He said that the retreat had avail the participants the opportunity to brainstorm and face the challenges of service delivery to the people.

Balarabe assured that the new executive council would do its best to make use of the knowledge acquired at the retreat to change the narrative of governance under his leadership.