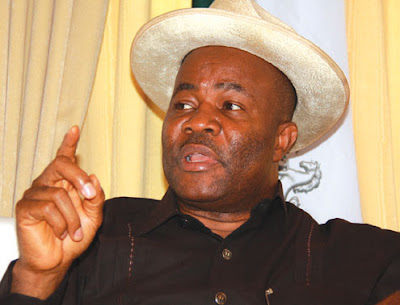 Akpabio, who is currently the Minister of Niger Delta Affairs and candidate of the All Progressives Congress in the election, had gone to the Court of Appeal to challenge the decision of the election petition tribunal to declare the candidate of the Peoples Democratic Party, Ekpenyong, winner

In the judgment read on Saturday evening by a three-man panel led by Justice S. Tanko Hussein, the court declared as invalid, the declaration of Christopher Ekpenyong as winner of the said election and the senator representing Akwa Ibom North West Senatorial District.

It ordered the Independent National Electoral Commission to conduct a fresh election in Essien Udim Local Government Area within 90 days.

It held that “there was proof of irregularities and non-compliance with the Electoral Act” in the conduct of the election in the affected local government area and so, no one should have been declared winner.

It said the rightful thing to be done was to conduct fresh election in the disputed area.

The court, however, noted that in Obot Akara Local Government Area in the Central Senatorial District, the appellant could not prove the allegation of over voting and irregularities.

Akpabio had asked the election petition tribunal to nullify Ekpenyong’s victory owing to alleged irregularities during the election. But the Justice Akanbi-led tribunal dismissed Akpabio’s petition, saying it lacked merit and that there was no convincing evidence of non-compliance with the electoral act as he alleged in his petition, thus compelling the minister to go on appeal.