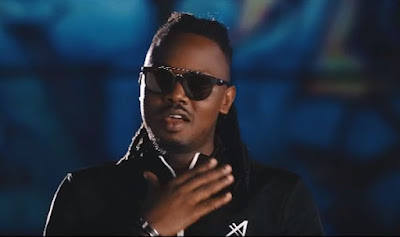 Surulere crooner, Sidney Esiri fondly called Dr Sid has opened up about the health challenges he experienced last year. Unknown to many, the pop star struggled with finances and had to resort to passive income to take care of himself and his family.

Dr Sid made this known during a talk-show known as ‘Shoptalk’.

Hear him:” I have had a period of real difficulty. I have had a period of financial difficulty. I was making music, nothing was working. I wasn’t getting booked at shows. Of my own doing, I didn’t have passive income. I didn’t have anything outside of music. I had health issues; I had a high blood pressure and a mild stroke last year .I almost died. At that point in time, you think to yourself ‘What is going on?’ I have struggled. In struggling you understand that the only person responsible for change is you. Same thing with Nigeria as a whole .The issue with this country starts from individuals”.


On how his father has impacted him, the music entrepreneur said:”My dad made me understand the power of legacy. A lot of times growing up, I would ask my father for things and he would tell me ‘I don’t have’. It was later that I realized that he was teaching me the value of money. He built his legacy on integrity. When you look at his work ethic throughout his entire career, you would realize that he was a perfectionist. It was when he died that I began to think of my own legacy. Asking myself: ’What are you leaving behind?’? I have two daughters; I want people to say I left a good reputation for my children”.