Dangote to renovate the National Stadium in Abuja 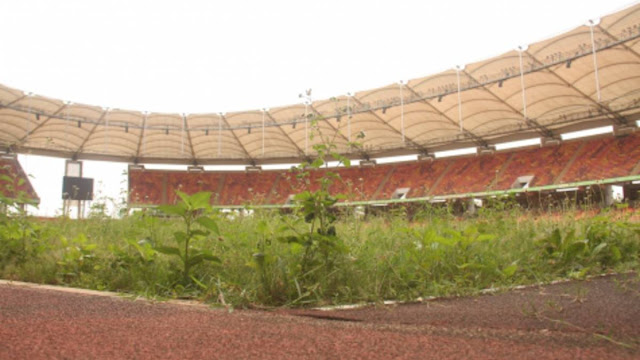 Africa’s richest man, Aliko Dangote will bankroll the renovation of the Main Bowl of the MKO Abiola National Stadium in Abuja.

Minister of Sports and youth development Sunday Dare said the renovation is limited to the football pitch, light and scoreboard at the stadium. And Dangote is coming on under the ministry’s adopt-a-pitch campaign

According to him, work would begin in the next two weeks.

“Already we have gotten Dangote, I can say that he has agreed to bring back the Abuja football pitch, the light and scoreboard. Work will start in another one week or two weeks.

“And we will use the same model, we will adopt the pitch model for several of our stadia. At least, the three other big ones.

“We are looking at between now and March, we should have four big stadia, football pitches, FIFA standard.

“And I think if given time, within a year, this country should be ready to host any FIFA soccer tournaments.”

The 60,000 capacity stadium was built in 2003 during former President Olusegun Obasanjo’s administration. Over the years, the national edifice has been rotting away.

The last major sporting event held at the stadium was the National Sports Festival held last year December while the last competitive football game was on April 12, 2016 which was the 2nd leg of the Africa Women’s Cup of Nations qualifier between the Super Falcons of Nigeria and Senegal.