7:39 AM CuteNaija 0 Latest News in Nigeria 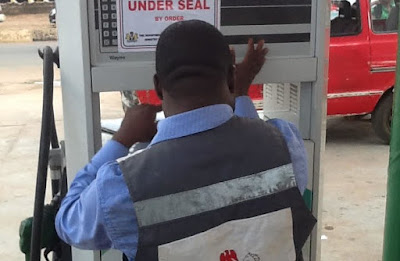 The Comptroller-General of the Nigeria Customs Service, Col. Hameed Ali (retd.), on Thursday told the House of Representatives that the closure of Nigeria’s land borders was a decision by the country’s armed forces.

Ali also stated that the directive banning sales of petroleum products in fuel stations within 20 kilometres to the borders, though temporary, had started to yield positive results as Nigeria no longer subsidise fuel for the neighbouring countries.


The Customs boss, who appeared before the joint House Committees on Customs and Excise; and Petroluem (Upstream) in Abuja, accused the Department of Petroleum Resources of refusing to furnish the service with data on the approved and illegal filling stations along the borders.

The Customs boss said but for the lack of cooperation by the DPR, approved filling stations would have been isolated from the illegal ones.

Ali, while agreeing with the committee that the policy should be reviewed to end the sufferings of the people living in border communities, said stations operating legally would be identified and allowed to dispense fuel in the affected areas.

According to him, the illegal stations in the borders areas had more supplies than those in the city.

He also said large numbers of fuel station were built along the boundaries, stressing that while fuel was discharged at the Nigerian end of the premises, it was dispensed at the other end outside the country.

He said, “The 20km-decision to stop the supply of petroleum is not meant to be permanent but I know that there is a policy in this country that says no petrol station should be established 10km to the borders; it is in existence, it is a policy. It is now left for us to work with the DPR and ensure that this policy is implemented.

“There is no doubt about it that we are losing a lot of money. We must also address the issue of petroleum price equalisation. There is no way we can sell petrol at N145 (per litre) in Nigeria and all our neighbours are selling it between N300 to N400 per litre. And you said people will not smuggle this to the neighbouring countries.”

Ali queried the high number of fuel points in the border communities where the population was lesser than the volume of petrol supplied.

The Director of DPR, Ahmed Shakur, said about 400 illegal fuel stations were operating in Nigeria’s border communities, in addition to about 923 others licenced to operate there.

The chairman of the committee, Musa Sarki-Ada, directed the DPR to provide details of the fuel stations in the border communities to the Customs boss by Friday, blaming the department for the decision taken by the NCS.

Meanwhile, the House, also on Thursday, passed the Tax and Fiscal Law (Amendment) Bill, also known as the Finance Bill, one week after the Senate approved the request by the executive.

The executive bill, which was presented by President Muhammadu Buhari to the National Assembly as part of the measures to shore up revenue to finance the 2020 budget, seeks to amend the Petroleum Profit Tax Act, Customs and Excise Tariff Act, Company Income Tax Act, Personal Income Tax Act, Value Added Tax, Stamp Duties Act and the Capital Gain Tax.

The Chairman of the House Committee, James Faleke, laid the report on the bill after which the lawmakers resolved into the Committee of Supply to approve the recommendations and clauses of the bill.

The Speaker, Femi Gbajabiamila, later put the adoption of the report to a voice vote and it was unanimously adopted in plenary.

According to him, where public liability companies have paid taxes on their profits, the dividends to shareholders will no longer be taxable.

Faleke also said the amendment had raised the threshold for N50 stamp duty charge for online transactions from N1,000 to N10,000, adding that, “this bill has also restricted the collection of the stamp duty strictly to the FIRS.”

In another development, the House resolved to include in the 2020 Appropriation Bill, the recruitment of 10,000 personnel by the Nigerian Security and Civil Defence Corps.

The resolution was passed as the lawmakers unanimously adopted a motion moved by Gudaji Kazaure at the plenary on Thursday.