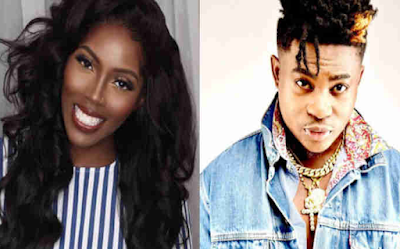 Fans of Danny Young were shocked when after months of controversy over allegation of copyright infringement made against Tiwa Savage by him(Danny Young), both of them agreed to settle the case out of court.

At that time, the mother of one who was formerly signed to Mavin Records, neither refuted nor commented on Young’s accusation.

In a recent encounter with Punch, the ‘Oju Tiwon’ singer noted that Tiwa Savage is still his sister inspite of what transpired between them.


“Before I went into it, I knew what I was getting into and I knew what I stood for. I understand the implications; I was ready for it and ready to follow it up,” Young said.

Asked to shed light on the terms reached in the agreement, he said, “I’m sorry I’ll not be able to disclose that but we are happy with the resolution and everybody is good.

“I was the one that came to social media to talk about it, and I took it to court because I was not happy, so now I am happy because we have resolved it and we are both happy about it.

“Tiwa Savage is still my sister; no bad blood or beef. We are cool, it’s not a fight or beef, it’s just entertainment business.

“But trust me, everybody does not necessarily go to court because they want to fight. It’s is not a beef.