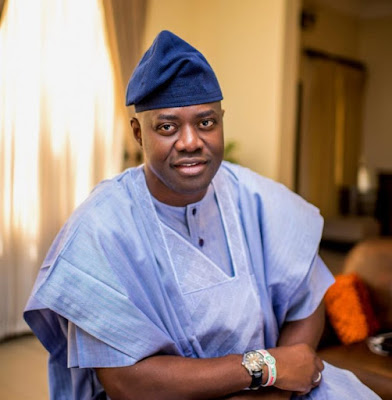 Some armed and masked security men who appeared in police uniforms have attacked the Governor of Oyo State, Engr Seyi Makinde in a Lokoja Hotel, Kogi State.

This was contained in a statement signed and released by the Chief Press Secretary to the Governor, Taiwo Adisa.

“Information reaching us from Lokoja, the Kogi State capital confirmed that some armed and masked security men who appeared in police uniforms have attacked the Governor of Oyo State, Engr Seyi Makinde in Lokoja, Kogi state capital.

“Eyewitnesses confirmed that the hooded security operatives arrived the Suitorial Hotels, Lokoja, located along Stadium Road, Lokoja, where the Governor and some members of the PDP Campaign Council are lodged at about 12.50 pm, on Friday, shooting sporadically and attempting to break into the hotel rooms.

“It was gathered the some of the hooded security operatives scaled the fence of the Hotel and attempted to enter the rooms.

“A melee was set off as the security operatives attached to the Governor of Oyo state were said to have resisted the invaders.

“Within a short while, some residents nearby also gathered to resist the invading gunmen.”