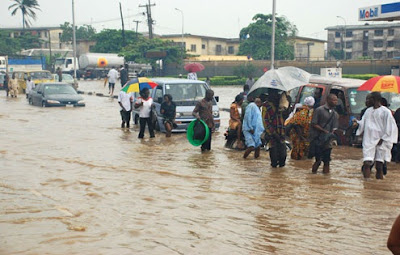 The candidate of the Peoples Democratic Party, PDP, Senator Douye Diri and his wife Gloria have cast their vote in Sampou Community of Kolokuma /Opokuma Local Government Area, Bayelsa State.

Our reporter, reports that voting was delayed and started around 10:am due to the flood which has cut off part of the community making access to the community difficult.

Officials of the Independent National Electoral Commission (INEC) had since arrived the community with all materials as at 8:am but could not access the polling units. INEC officials, observers and journalists had to be conveyed by canoes to the polling units in Isampou and Kalama Communities
.

In his remarks after casting his vote, the PDP Governorship candidate said: “I can only speak about my Ward and Unit, and the reports I have received from my local government area, the election is going on peacefully. Here, I have just voted peaceful, the voting process is orderly and everything is going on peacefully.

“However, I have reports of pockets of electoral fraud committed by the APC coming up with thugs to hijack materials, denying PDP members from voting. I raised the red flag in about Nembe Bassambiri the reports I have no PDP agent is allowed to into Nembe Bassambiri.

“Secondly, we call on security agencies to be alive to their duties and not to take sides with the APC which are the reports that we have started receiving, let them be professional in their conduct, let them be neutral so that the election will be credible, transparent and open so that our party members will not be harassed or intimidated.”

In other parts of the state including, Brass, Sagbama LGAs, voting went on peacefully while there were reported cases of shootings, hijack of materials in parts of Yenagoa, Southern Ijaw and Ogbia Local Government Areas.