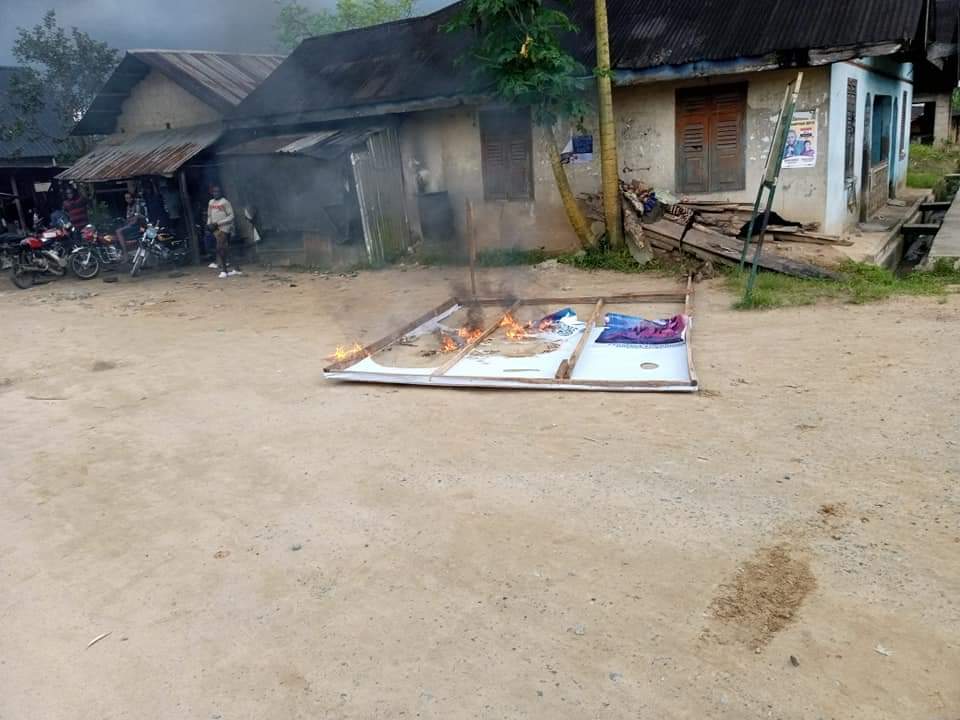 Reports of violence, killings, snatching of ballot boxes and intimidation of voters seem to have marred the ongoing governorship polls in Bayelsa state.

Though there are also reports of peaceful voting in some polling areas, general reactions to the election indicate many voters are not happy with the conduct of the election.

The first sign that all was not well with the election, is the late arrival of materials at some polling units.

In Ogbia local government area where the former President, Goodluck Jonathan hails from, as at 11am, INEC officials and voting materials were yet to arrive his polling unit in Otuoke.

At Amarata Area, Fambramat Unit Ward 13, there was late commencement of voting due to logistics problems.

An official of the Independent National Electoral Commission (INEC), after collecting sensitive materials from Oporoma, allegedly arrived Otuan without the sensitive materials, after voters discovered that the original result sheets were not in the list with her.

The official was, however, apprehended by party agents who questioned her motives for showing up at the polling unit without the original result sheets.

The leaders were reportedly held hostage for over two hours thereby preventing them from voting.

Some non-registered voters, who were allegedly imported to Kolokuma Odi allegedly made attempts to vote with fake PVC, but the residents resisted such moves.

An electoral official, Mr Orji, who is originally the Resident Electoral Commissioner (REC), for Anambra State, was quoted to have said, “As our people were coming into the community after crossing the river, they seized them and the materials and burnt all the materials”.

At Amassoma town hall, voters waited patiently for the distribution of ballot boxes and papers to the various wards and units.

In Opolo Ward 5, Unit 7 and 9, the situation was however tensed as some gunmen invaded the area and shot two persons while others were injured.

Some of the polling units around that area have all been now moved to Opolo town hall for security purposes.

An INEC official said the people refused to vote, insisting they would not vote and allow others to vote for another party, apart from the All Progressive Congress (APC).

This resulted into no voting activity in the area.

The people were agitated as no security presence was there.