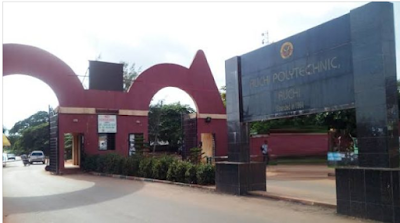 The Civil Empowerment & Rule of Law Support Initiative (CERLSI) has asked the management of the Auchi Polytechnic, Edo state, to extend the deadline for the payment of its admission fees by prospective students.

In a statement by Bob Etemiku, deputy executive director of CERLSI, the group accused the school of arbitrarily removing names of already admitted students who were unable to make the full payment of their school fees.

The group expressed concern that many of the students who had already paid their school fees are being denied registration because of their failure to meet the two-week deadline for payment as directed by the school.

“We make this statement based on the accounts of several of the parents of prospective students, who have already gained admission to the institution after a rigorous examination and interview process, but whose names are being arbitrarily removed from the admission list over their inability to meet the full payment of the school fees of their children and wards,” the statement read.


“From a close interview with these parents, we find that most are civil servants who earn a monthly wage, farmers and petty traders, and who are ready to make payment of the school fees of their children and wards as soon as they receive their salaries.

“We are concerned that a great many of these prospective students who have already paid their school fees in full ranging from N48, 000.000(Forty Eight thousand naira) and above depending on their courses of study, are being denied registration apparently because they were unable to meet the two- week deadline for the payment of school fees as stipulated on admission letters for students.

“This has already deprived these prospective students the opportunity to access the registration portal.

” We hereby write to establish the point of view of most of these parents regarding the two-week payment ultimatum and state as follows: That the period for payment of the said ‘Acceptance Fee’, is harsh and unfriendly, making it impossible for salary earners and the average parent to meet.

“That this two-week ultimatum deprives our children, especially those from the average parents the opportunity to access education, contrary the UN Sustainable Development Goal number Four which seeks to ensure inclusive and equitable quality education for
all.

“The two-week ultimatum is skewed against the children of the poor and downtrodden.

The group asked the school authorities to extend the two-week ultimatum for the payment of acceptance fee by two months to allow prospective students the opportunity to make payment.

“It also gives access to those who have paid their acceptance fee but whose names have been removed from the admission list of the Auchi Polytechnic, Auchi,” it said.

TheCable could not reach the polytechnic for comment as its contact number was switched off as of the time of filing this report.