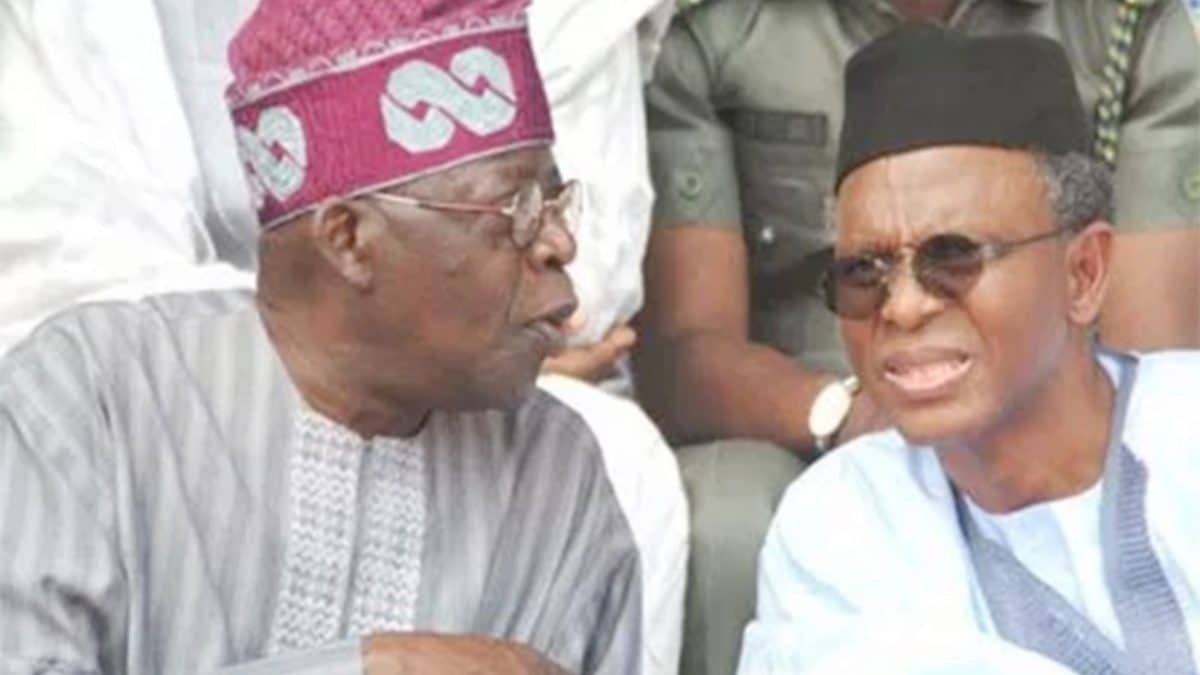 The All Progressives Congress (APC) governors under the auspices of Progressives Governors Forum (PGF), have spoken on the desire of former Lagos state Governor, Bola Ahmed Tinubu and current Kaduna state Governor, Nasir El-Rufai, to succeed President Muhammadu Buhari in 2023.

Some support groups have already opened presidential campaign offices for Tinubu, El-Rufai and others, ahead of 2023 elections. But no one has officially come out to declare his ambition publicly.

Fielding questions after the meeting between the governors and State Commissioners for Information of all the APC states, Lagos State governor, Babajide Sanwo-Olu, on Thursday stated that both men have a right to seek power.

Sanwo-Olu, represented by his Deputy, Kadri Hamzat, said: “It is everybody’s dream and it is also okay to dream. The reality is that INEC will have to come with timetable and schedule of activities first.

“What these people are doing does not mean it will work. I have not seen any campaign office in Lagos and I do not know whether there is also in Kaduna. I have never seen it but that doesn’t mean it does not exist. It is the essence of democracy.

“We all signed up for constitutional democracy and I have the right to bring anybody together and say I want to be president. So, whatever I do as long as its does not negatively affect any human being, its okay.

“We all say we want democracy and if some people gather and say they want to be President in 2040, I will say goodluck but we must first of all pray that God preserves their alive.

“For me, I will not worry about it, so long as the gathering is not negative to the development of Nigeria. It is part of democracy, I won’t worry about it,” he quipped.