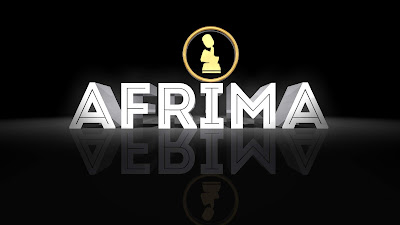 The sixth edition of the All Africa Music Award (AFRIMA) is scheduled to hold its 2019 edition on Saturday November 23rd.
As expected, a rich list of African stars will be performing at the event. Among them are the Kenyan Afro pop band Sauti Sol, the Congolese singer Fally Ipupa, South African Nasty C, 2Baba, Ghanaian Stonebwoy, Teni, and the Togolese musical group Toofan.
The lined-up artistes are expected to cap the three day event which is returning to Lagos for the fifth time.
For the sixth edition, the Federal government has pledged support for the show, as well as other corporate entities such as EcoBank, MTN Nigeria, Daar Group and Coca-Cola.
Themed, ‘Feel Africa’, the Associate Co-producer and jury member Olisah Adibua, expressed confidence that this year’s award will be exceptional.


“We have seen African music and arts industry grow, although haphazardly, but AFRIMA has taken up the big task to revive the industry and showcase Africa to the rest of the world. In addition, the platform has been able to use music as one of the most powerful tools to bring attention to various world issues like xenophobia, climate change, economy, population, and many more in order to create a positive change to these issues.”
The awards night will celebrate and reward talents and crafts of African artiste who have been nominated in the 36 categories of the awards, and also the AFRIMA Legendary awards which is a non-voting category dedicated to honour individuals who have impacted positively to the music world using their craft, position or personality.
The three-day event kicked off on Wednesday with a welcome soiree for guests and dignitaries, followed by AFRIMA Village, a themed music concert on Thursday. The Africa Music Business Summit (AMBS) will be held today at the Fantasia Hall, Eko Hotels and Suites, Victoria Island, Lagos while the AFRIMA Nominees Party, an exclusive party themed ‘Fire and Ice’ at the Landmark Beach, Oniru, Victoria Island, Lagos will hold later this evening.
The main highly anticipated awards ceremony will take place tomorrow, Saturday, November 23 at Eko Convention Centre of Eko Hotels & Suites, Victoria Island, Lagos and will be broadcast live to over 84 countries.