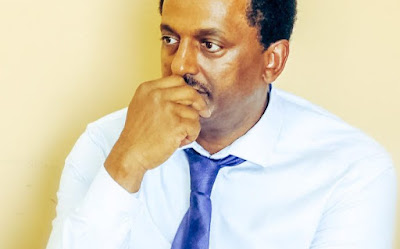 Dr. Million Belay is the founder and former director of MELCA- Ethiopia, an indigenous Ethiopian based Non governmental organisation.

Presently, he is the director (coordinator) of Alliance for Food Sovereignty in Africa ( AFSA) and member of the International Panel of Experts on Sustainable Food Systems (IPES).

He researches the transformation of Food systems in Ethiopia.I met him at the just concluded regional conference on agroecology for climate change organised by both MELCA- Ethiopia and AFSA.

Dr. Belay who is an expert and advocate for forestry conservation, indigenous livelihoods, food and seed sovereignty says there is an urgent need to insert agroecology as a key climate change adaptation strategy in African countries official climate change plans.


Belay disagrees with the actors pushing for commercialising Africa’s agriculture, who insist that using agrochemical irrigation hybrid seeds, which they claim produce high value crops, and engage in contract farming in which farmers produce a commodity crop for business is the way for Africa’s foods and her farmers.

” The call it Inclusive Agricultural Transformation. There’s nothing transformational about this system rather its aim is to destroy Africa’s foods and her farmers.

In the face of the climate emergency ( now that America has backed out of the Paris deal), agriculture in Africa has to take a different turn. We have to promote a pathway that is best for Africa, and this is agroecology.

With agroecology, we’ll address rural and urban poverty in the continent because it has been demonstrated that agroecology can double, and even triple productivity. It’s efficient on using land and livestock resources, can address nutrition and health and also beneficial to the environment. ”

Listening to various presentations at the conference, I discovered that food systems are much more complex than the simple cycle of planting and harvesting. I wondered if there was any link between culture and food and didn’t hestitate to ask him. His response was refreshing.
” There’s a link chain of cultural, economic, social and financial elements with farmers, consumers, and the biosphere, not just the local forests and water resources but even the air with its ever presence of pollutants across the planet.”

Back to Africa and commercialisation of farming, he said: ” African farmers cultivate on small lands between 1-5 acres. Their knowledge on farming is regarded as backward. Nobody is against science, but there is a way to work with farmers so that they can improve the productivity of their own traditional varieties as opposed to other seeds that only respond to chemical fertilisers.

In recent years, traditional African farming systems have developed an incredible diversity of seed varieties which are able to deal with the multiple challenges of farming.

Seed breeding is a complex art, and African farmers have a vast amount of ecological knowledge. It is not true that the green revolution has helped African farmers. What this has done is push a few varieties of seed that need fertilisers and pesticides to these farmers. Thus, agribusiness has eroded Africa’s indigenous crop diversity.

Consequently, the green revolution has not solved the problem of hunger, and malnutrition but become a huge burden for the continent. The diverse agroecological food production systems used by small – scale farmers to provide most of the food in Africa require local varieties of seeds that are adapted to local growing conditions, taste and cultures. These seeds are intentionally diverse and heterogeneous. Farmers can plant and replant the seeds from season to season, sometimes in mixtures of varieties and with other crops. Thus, increasing resilience and overall productivity.

In farmer managed systems, the farmers select, save and enhance seeds, and they share, exchange knowledge and sell seeds among themselves, within their communities and with farmers in a wider region.

The ultimate goal is to advise policy makers to support a food system transformation which helps increase food production but also protects the health of the people and the earth. ”

As a parting shot, he asked me which continent in the world has the best food. I looked at his face for one long moment not too sure what the answer was, then in a shaking unsure questioning tone replied Africa?