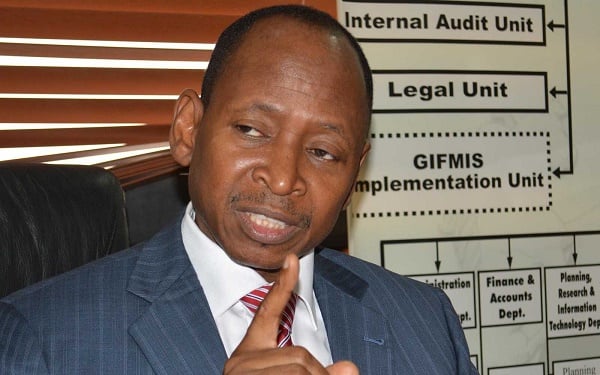 The federal government says it remains unwavering in the deadline it gave all ministries, departments, and agencies to enroll in the Integrated Payroll and Personnel Information System (IPPIS).

President Muhammadu Buhari had issued a directive for the implementation of IPPIS to manage the payment of the salaries of all federal government workers, while mandating that anyone not registered on the platform will not be paid as from October 31.

The Academic Staff Union of Universities (ASUU) had, however, threated a nationwide strike if the federal government persisted in its decision to implement the IPPIS with respect to its members and if it failed to remit their salaries by the end of October 2019.

Ahmed Idris, the accountant-general of the federation (AGF), in a statement on Tuesday, described ASUU’s opposition to the compulsory enrollment of all federal government staff to the IPPIS as an “endorsement of corruption”.

He further wondered why employees should dictate to their employers on how they should be paid, stating that the deadline stands.

“There is nowhere employees dictate to their employers as to how he or she should be paid as being dictated by ASUU,” the AGF said while explaining how the new payroll system is aimed at minimizing wastages and saving costs.

“ASUU opposition to IPPIS is an open endorsement to corruption in the Nigeria University system as the IPPIS platform will not allow employment of workers at will without compliance to due process on employment.

“To meet the deadline of government, the process of enrolment is on-going. We, therefore, urge all university staff to ensure they enroll in the IPPIS platform. It is a known practice all over the world that employees are entitled to their salaries and wages as at when due.”

TheCable Lifestyle earlier reported how ASUU accused the government of designing the platform to suppress the masses in the guise of fighting corruption.

According to Olusiji Sowande, coordinator of the Lagos chapter of the union, the government is only calling for more disruption in the university system with its “forceful” directive — even as the union is not opposed to transparency in the management of public funds.