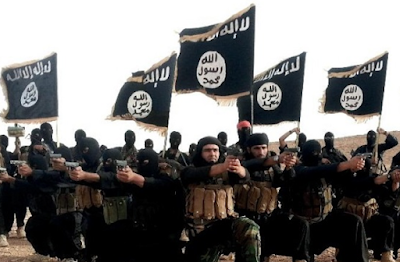 The United States of America (USA) hunted down former leader of the dreaded sect, Abu Bakr al-Baghdadi, announcing his death on Sunday.

Within 24 hours of the US special raid that killed the ISIS leader, the terror organisation named its new leader.

As per reports, Abdullah Qardash, also known as Hajji Abdullah al-Afari, will now take charge of the ISIS.


Qardash is the same man handpicked by Baghdadi to run ‘Muslim affairs’ for ISIS.

Apart from this, little is known of Qardash as he has often stayed in the background.

A US special forces raid and killed the ISIS’ long-standing leader and self-proclaimed Caliph of the IS in Syria’s Idlib province on Saturday.

On Sunday evening, US President Donald Trump confirmed that Baghdadi was killed in a raid carried out by the US forces.

“Baghdadi is dead, the world is now a much safer place,” Donald Trump said while officially announcing from the White House the success of US special operation.

Trump added, “He died like a coward, he spent his last minutes in fear and dread. Last night was a great night for the United States and for the world.”

He also said that several pieces of information were collected from the location,” highly sensitive material and information from the raid, much having to do with ISIS — Origins, future plans, things that we very much want.”

Trump monitored the whole operation which lasted about two hours, from the situation room in the White House.

This is the same situation room from where former President Barack Obama monitored the operation that killed Osama Bin Laden in Abbottabad.